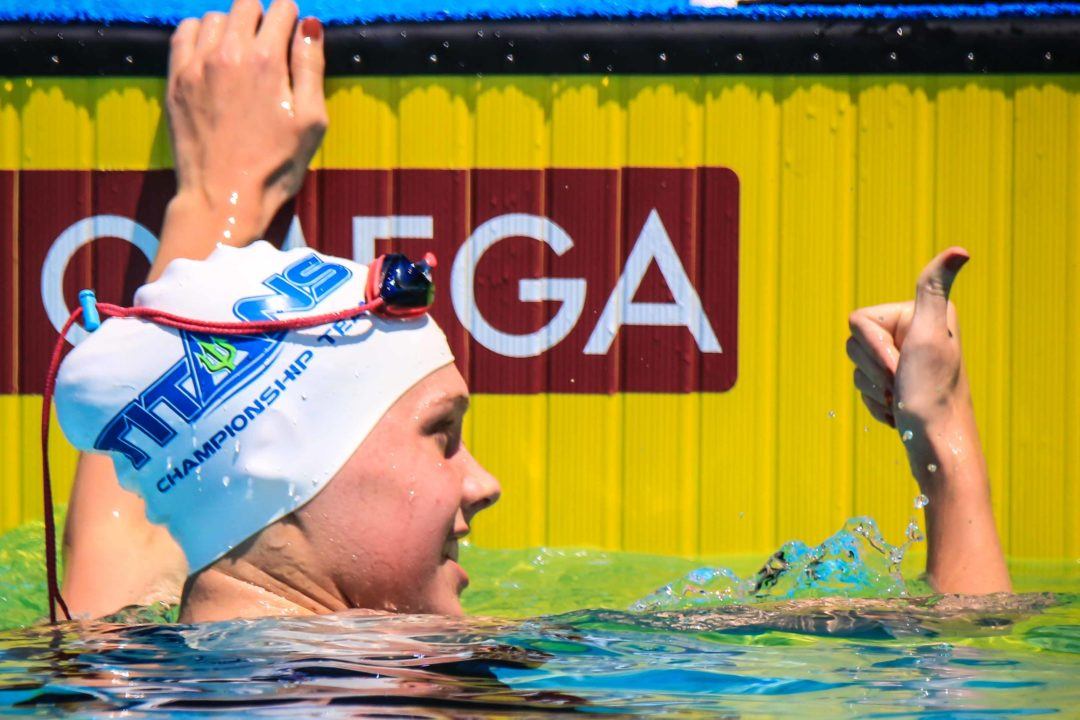 16-year old TAC Titans swimmer Claire Curzan swam her 2nd lifetime best in as many days on Saturday, touching in 57.57 in the 100 fly on Saturday. That takes three-tenths of a second off her previous best time of 57.87, done at last summer’s US Nationals, in what is likely her best shot at a spot on the Tokyo Olympic Team next year.

That follows another lifetime best, in the 50 free, on Friday, where she swam 25.32.

Curzan now ranks 7th among Americans in the 100 fly in long course since the 2016 Olympic Games. She’s not the only swimmer on this list who has been a best time at a small meet in the last month – in early September, Torri Huske swam a new best time of her own, 57.43, at a 3-event, 3-swimmer intrasquad meet.

Huske is also the only swimmer in 15-16 history who has been faster than Curzan in this event, with a 57.48. Curzan has most of a year, including next summer’s Olympic Trials, to try and take down that record.

100Fly at trials will be a dog fight photo finish

Obvious, but it’ll be the two who can nail the finish a la Nesty and Phelps.

This girl is on fire right now… scary to see what she’ll do in Tokyo!

She needs to drop a ton of time if she wants to medal in Tokyo…Sjostrom, MacNeil, Zhang all at 55 seconds, plus a host of people who can go 56.

To medal? Yes. To make the team, not a ton

This is a more exciting stat IMO. Should have made it as a headline.