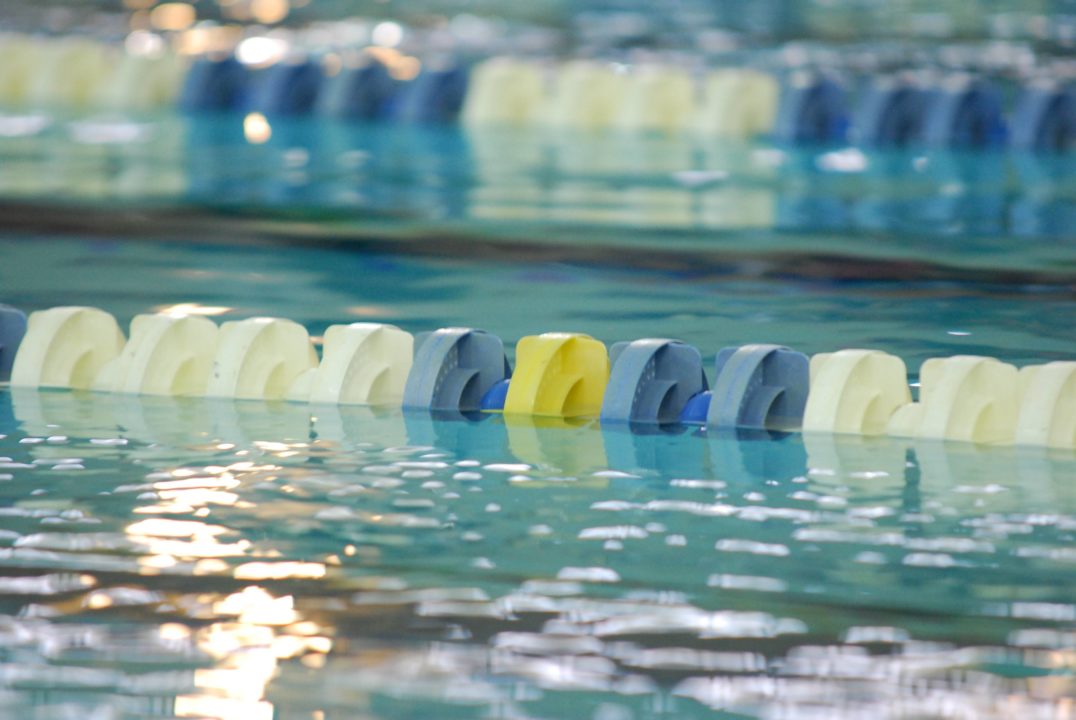 The Torrey Pines High School girls team made it six years in a row at the CIF-SDS D1 championships, while Carlsbad's boys won their second title in as many years. Stock photo via Janna Schulze/SwimSwam.com

In the 100 fly El Camino’s Payne dropped nearly a second from her 2013 time and picked up her first individual win with a 56.00. Patrick Henry junior Sumrow (56.84) and Fallbrook sophomore Emma Thomas (57.70) came in second and third, respectively.

Ladman of San Marcos led the way in the 500 free, improving both her time and her second-place finish from 2013. This year she won in 5:01.68. An exciting battle played out for second, though, as La Costa Canyon sophomore DuPuis and Rancho Bernardo junior Colleen Anderson were locked in a stroke-for-stroke race throughout the final 200. Anderson covered the distance nearly a second faster, but it wasn’t enough to make up for DuPuis’s 8/10 lead at the 300. In the end it was DuPuis (5:04.11) with the silver, Anderson (5:04.20), the bronze.

Julie Parsons of Otay Ranch distinguished herself in a tight top-three field in the 100 back, touching first in 58.45. Sophomore Samantha Morris of Rancho Bernardo picked up a second in 58.84, while Torrey Pines freshman Julee Keenan-Rivers got third with 59.10.

Either Carlsbad enjoys the thrill of winning by just a few points (they won by six last year and seven this year), or the CIF-SDS Division I boys’ teams are evenly matched. It’s the latter, of course, and that makes for an exciting meet.

In 2013 Carlsbad finished 6 points ahead of El Camino, and Torrey Pines was third by only 2 points over Granite Hills. Furthermore, only 22 points separated first-place Carlsbad from fourth-place Granite Hills. That’s just one relay DQ. Talk about no margin for error.

This year, while Carlsbad beat Rancho Bernardo by just 7, the two put more distance between themselves and third- and fourth-place teams, Torrey Pines and La Costa Canyon.

Switching up his non-500-free event as he has every year, El Camino senior and future USC Trojan Scott Clausen took on the 200 IM in his final CIF. He won by a long shot, going 1:51.82. Carlsbad senior Thomas Linker, who will swim for Cal Poly SLO next year, edged San Marcos sophomore Joshua Parmenter for second place, 1:55.30 to 1:55.87.

Sophomore Tin Huynh of Rancho Bernardo, who won the consolation final as a freshman, was 8/10 faster this year and wound up winning the 50 free in 21.39. Torrey Pines junior Stephen Park finished second in 21.60; Eastlake senior Jimmy Jeffery took third with 22.06.

McCloskey of La Costa Canyon got his second individual win, and broke a streak of seniors atop the 100 fly podium, when he won the butterfly event in 49.54. Rancho Bernardo senior Tanner Williams finished second with 51.68, while junior Carlos Narte of El Camino took third with 52.47.

It was musical chairs in the 500 free this year as the same three juniors who placed in the top three in 2013 rotated their steps on the podium but remained at the top as seniors. So last year’s Semple – Pold – Clausen finish became Clausen (4:30.16) – Semple (4:32.79) – Pold (4:34.17), scoring points for El Camino, Rancho Bernardo, and Torrey Pines, respectively.

Eastlake senior and UC Santa Barbara commit John Randazzo dropped 2.4 seconds from his prelims swim and won the 100 breast by a second and a half, with 57.62. Trailing him were Carlsbad’s Linker (59.18) and La Costa Canyon junior Clancy (59.88).

San Diego section, although a So Cal region, is much smaller geographically than the Southern Section (CIF-SS). Times historically significantly slower across the board in the San Diego section. IMO they should have combined these two sections a long time ago into one So Cal section.