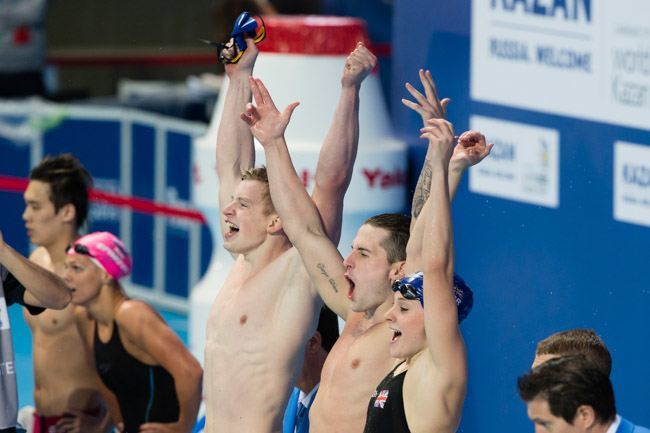 In the wake of the full schedule of events for the 2017 British Swimming Championships having been released last week, now the men's and women's qualifying times for the event have been published. Archive photo via Tim Binning/TheSwimPictures.com

In the wake of the full schedule of events for the 2017 British Swimming Championships having been released last week, now the men’s and women’s qualifying times for the event have been published.

The 2017 British Swimming Championships are scheduled to take place at Ponds Forge in Sheffield from April 18th through April 23rd. Last year the highly anticipated competition took place at the Tollcross International Swimming Center and served as the nation’s qualification meet for the 2016 Olympic Games in Rio. At that meet, athletes needed to meet strict qualification guidelines to land a coveted spot on the GBR Rio roster. Spots for last year’s European Championships were also determined based on performances during the 2016 edition of the competition.

Below is a grid comparison between the men’s and women’s, open and junior qualifying times from the 2017 and 2016 editions of the British Championships.

Please may I see the English 2017 times as well

Please may I see the England 2017 qualifying times as well. This would be useful!

Hey Amy – can you clarify what you’re asking for? England doesn’t have a separate team for the World Championships. Happy to help though if you can tell me what you’re looking for.

Good to see the full programme of events, including 50 fly, breast and back.
Though they may not be Olympic events currently, Olympic events change over time, with taste.
However they have always been FINA World Champ events, and it is right that sprint specialists should have the opportunity to swim them in the British Championships.