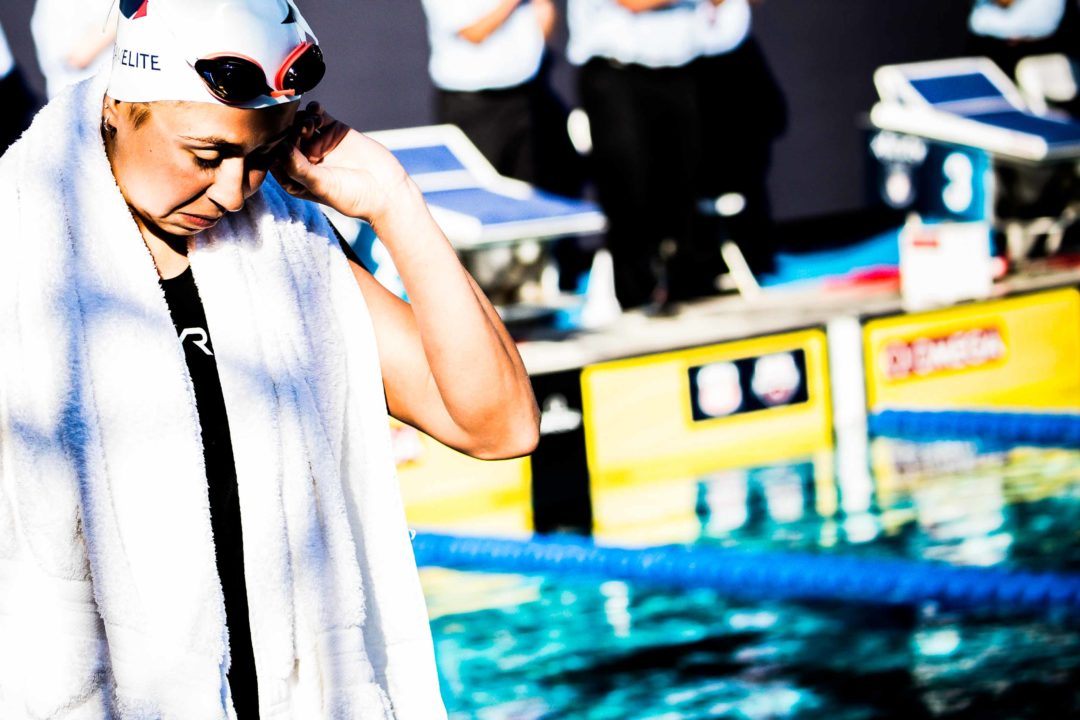 On day 2 of their season-opening intrasquad meet, the Virginia Cavaliers flipped the pool and were just as impressive as they were on Friday in yards.

Among the highlights were new best times in the 50 free from both post-grad Catie DeLoof and freshman Matthew Brownstead.

Because of the lost summer of 2020 season due to the ongoing coronavirus pandemic, many of these swimmers haven’t raced in long course since the summer of 2019. That meant several best times falling during Saturday’s session.

Catie DeLoof, the newest pro in Virginia’s small post-grad group, popped a new lifetime best in the 50 meter free on Saturday, winning that event in 24.73.

That undercuts her previous best time of 24.99 swum in June of 2019 at the Pro Swim Series stop in Clovis, California.

That makes DeLoof now the 6th-fastest American in the event since the 2016 Olympic Games.

After winning the 50 yard free on Friday in 19.89, another new Cavalier sprinter Matthew Brownstead swam a best time and broke the Virginia school record in the 50 meter free on Saturday. He posted a 22.65 to win the event.

The old school record was held by Ryan Baker.

Virginia records long course school records from the fall of the swimmers’ freshman years through the summer after their senior years.

Sophomore August Lamb, a Charlottesville native, also swam a best time in the 50 free, finishing 2nd in 22.87. His previous best time was 23.17.

Sophomore Kate Douglass has shown off a ton of versatility since coming to Virginia, but her roots are as a sprint freestyler.

She swam 25.18 on Saturday to tie her own school record that was swum as part of the team’s dual meet against Virginia last season.

Alex Walsh, the top freshman in the NCAA this season, was 3rd in that race in 25.36, which is her best time. Her previous best was a 25.51 done at the Pro Swim Series in Knoxville earlier this year.

What was Brownstead’s time? It’s not in the article.

Is Gabby Deloof still training in San Diego?? Have not seen her sign on with new ISL team?? Is she not doing it this year??

where is emma weyant?

Is Emma Weyant at UVA or is she taking a gap year?