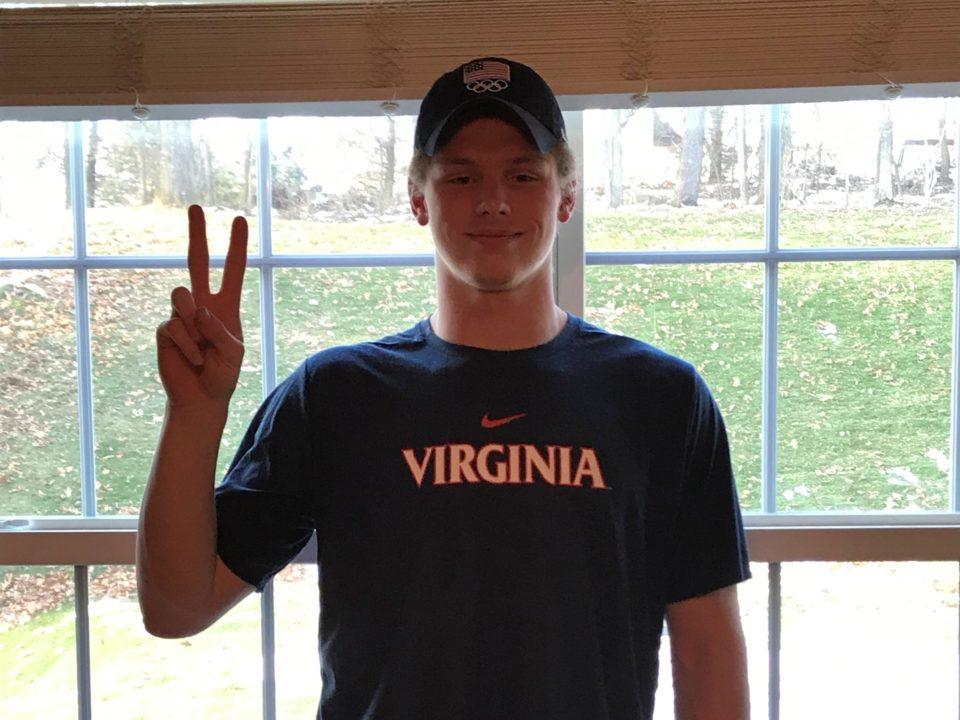 That was a lifetime best by 3 tenths and took down the former National High School Record set by Caeleb Dressel in 2013. Archive photo via Matt Brownstead

State College senior Matt Brownstead made history Wednesday night at the 2020 PIAA 3A State Championships. Brownstead, a University of Virginia commit, won the state title with a 19.24 in the 50 free. That was a lifetime best by 3 tenths and took down the former National Public High School Record set by Caeleb Dressel, a World, Olympic, and NCAA Champion. Dressel had set the record at a 19.29 as a senior at Clay High School in 2013.

Brownstead’s individual performance tonight came shortly after the 200 medley relay. He anchored for State College with a 19.03 as they placed 5th. He then anchored the 200 free relay in a blistering 18.67 at the end of the session.

His time in the individual 50 is already 2 tenths faster than the UVA School Record, which stands at a 19.42 done by Ryan Baker at the 2020 ACC meet. Brownstead is now the 4th fastest swimmer in history in the 17-18 age group. He’s behind only Dressel, NCAA Champion Ryan Hoffer, and Worlds medalist Michael Andrew. A full recap of tonight’s PIAA events will be posted in a separate article.

BOOM! All eyes on Virginia! #Wahoowa

I should know this but who did the 18.7? Was that August Lamb?

upon further investigation, it looks like Ryan Baker went 19.42 at ACCs for the current team record.
Brownstead already 0.18 faster!