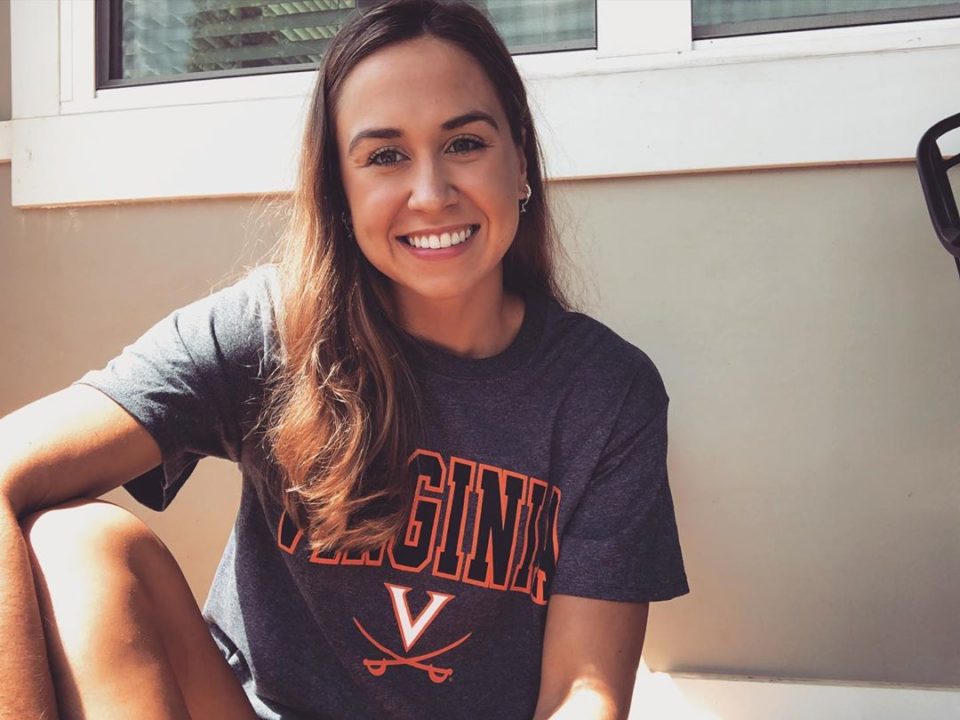 University of Michigan alumna Catie Deloof has announced her move from David Marsh-led Team Elite in San Diego to Todd Desorbo‘s Cavalier Swimming pro group based out of the University of Virginia.

The announcement comes just one day after older sister Ali Deloof posted about her move from Team Elite to Tennessee’s pro group. Middle sister Gabby Deloof, who is on the 2019-20 United States National Team, has not yet posted about a move and appears to still be with Team Elite. All three sisters were All-Americans at Michigan, while youngest sister Jackie Deloof just graduated from Michigan in 2020.

The only non-UVA member of Cavalier’s pro group right now is Texas alumnus Jack Conger, who joined in late 2018. At that time, Virginia coaches had said they were very selective about allowing non-UVA graduate additions to the pro group. Since relocating to Charlottesville, Conger has hit LCM lifetime bests in the 50 free (22.41) and 100 free (48.47).

Cavalier Swimming recently absorbed local club team Charlottesville YMCA Aquatics Club, and the combined program will complete its merge under the name Cavalier Aquatics by September 8, the beginning of the short course season.

Anyone know when the UVA pool will open back up to the public (or at least students)?

Good to know Conger it lifetime LCM bests in his least competitive events.

Are there any UVA grads in the pro group? I can’t think of any off the top of my head. Brendan Casey, if he’s still swimming?

Yeah, wonder what has happened to cause all this change?? I thought their parents had set them up with a nice place to live, and I saw interview where they all said they were so thankful to be living with each other thru this pandemic..

Sister fight or did Marsh drop the ball? Give us the tea swimswam ☕️

Well her sister Ally is going there too, so maybe not a fight.

Her sister Ali is going to Tennessee, not Virginia.

This feels like a non-sequitur. Am I missing the comparison between TE and Indiana?

Idk about you but getting 6th in the 50, 6th in the 100, and just missing the final at 9th in the 200 back at World Champs after breaking a rib about 3 months prior is pretty elite to me.

Yeah, like when she beat Katinka in the 200IM that was nothing