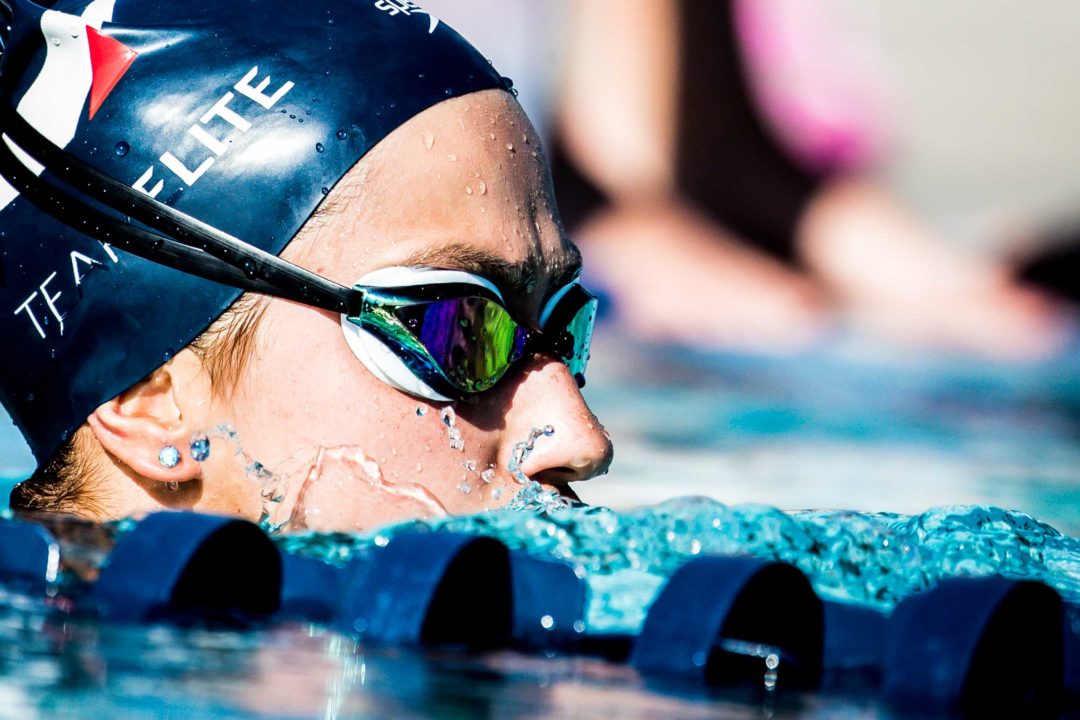 Former Michigan Wolverine Ali Deloof has announced she will be making the move from training with Team Elite to Tennessee Elite. Current photo via Jack Spitser/Spitser Photography

Deloof represented the United States at both the 2016 Short Course World Championships and the 2017 World University Games. In 2016 she was a member of the World Record-setting 200 medley relay, leading it off with an American record-setting 50 backstroke. She added an individual bronze medal in the 50 back as well as a gold medal as a prelims only member of the 400 free relay.

At the 2017 WUG’s she tied for gold in the 50 back with former Tennessee Vol Kira Toussaint.

In the current Olympic quad Deloof holds the 6th fastest American time in the 100 back. The race is one of the most highly contested in the American scheme, with Regan Smith and Kathleen Baker leading a crowded field of contenders for Olympic births next summer.

Last year Deloof competed in the ISL as a member of the New York Breakers. Throughout the season she held the 9th fastest time in the league in both the 50 and 100 backstrokes.

The youngest sister, Jackie, just completed her NCAA career at the University of Michigan.

Excited to announce my move to Knoxville to continue swimming with Tennessee Elite!! 🧡#tokyo202one🇺🇸

When does Lia Neal join the exodus?

It might have already occurred. From social media, Lia appears to be in NYC frequently, if not all the time. I really admire her and wish her the best wherever she chooses to train.