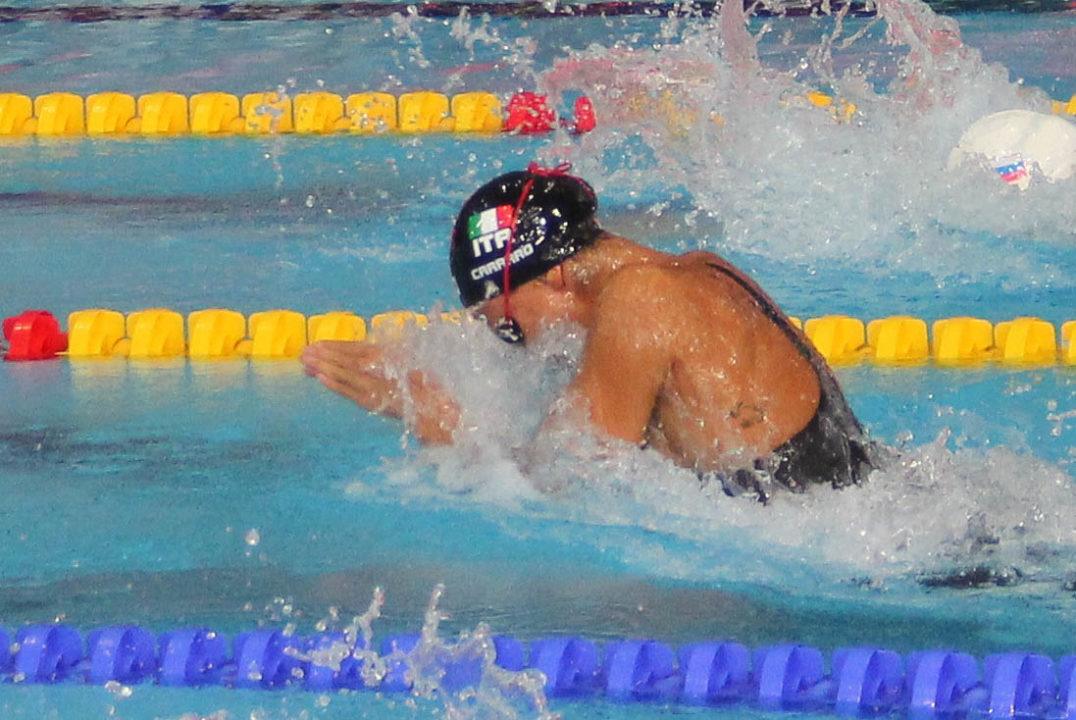 Martina Carraro earned bronze tonight in the women's 100m breast, giving her nation of Italy its first-ever medal in the event at a World Championships. Archive photo via Giusy Cisale swimswam.com

Europe had a solid outing tonight in Gwangju, led by Italian Simona Quadarella‘s gold medal swim in the women’s 1500m. The 20-year-old touched the wall in a time of 15:40.89 to establish a new Italian National Record and further solidify herself as a medal contender for next year’s Olympic Games.

Runner-up in the women’s 1500m was Germany’s Sarah Kohler, who finished almost 8 seconds back in 15:48.83, but also nailed a new National Record in her first outing ever under the 15:50 barrier.

Although another Italian didn’t land on the top level of the podium, she still made major history by earning her nation’s first-ever World Championships medal in the women’s 100m breaststroke. Martina Carraro produced a time of 1:06.36 to take the bronze in tonight’s race behind winner Lilly King of America (1:04.93) and silver medalist Yuliya Efimova of Russia (1:05.93).

Carraro’s time tonight represents her lifetime best, overtaking her own Italian National Record she shared with Arianna Castiglioni at 1:06.39. Splits for Carraro’s swim tonight include 31.59/34.77.