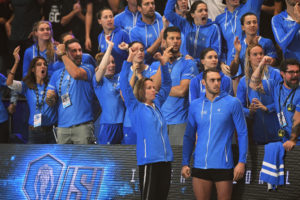 The strength of the Aqua Centurions, their men’s squad, got even better this week with the addition of Vladislav Grinev to the team’s roster. 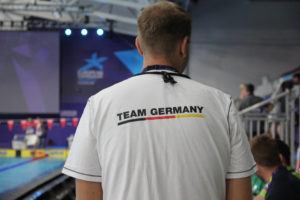 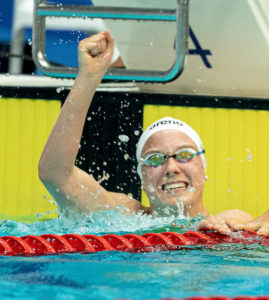 2012 German Championships serve as breakout meet
Kohler rose to prominence in the Olympic year 2012, when she first made headlines at the German Championships, which served as the selection for London. At just 18 years old Kohler won a gold medal in the 400m freestyle, but she just missed hitting the Olympic standard. Later in the meet the young Kohler also picked up a title in the 800m freestyle, but she just fell short of the Olympic standard again.

2013 World Short Course Championships
After failing to make the 2012 London Olympics, Kohler seemed to be out for blood in 2013. She qualified for the 2013 World Championships, having no difficulty making this qualifying standard, and Kohler took on World Record holder, Mareia Belmonte, and international standout, Katinka Hosszu, in the 800m freestyle. In what was described as an “average” race by media, Kohler held her own at her first World Championships, and battled elite swimmers to take home the bronze medal.

Kohler broke out in the 1,500 at these world championships, earning her first worlds medal as she touched for 2nd in 15:48.83, a new best time.