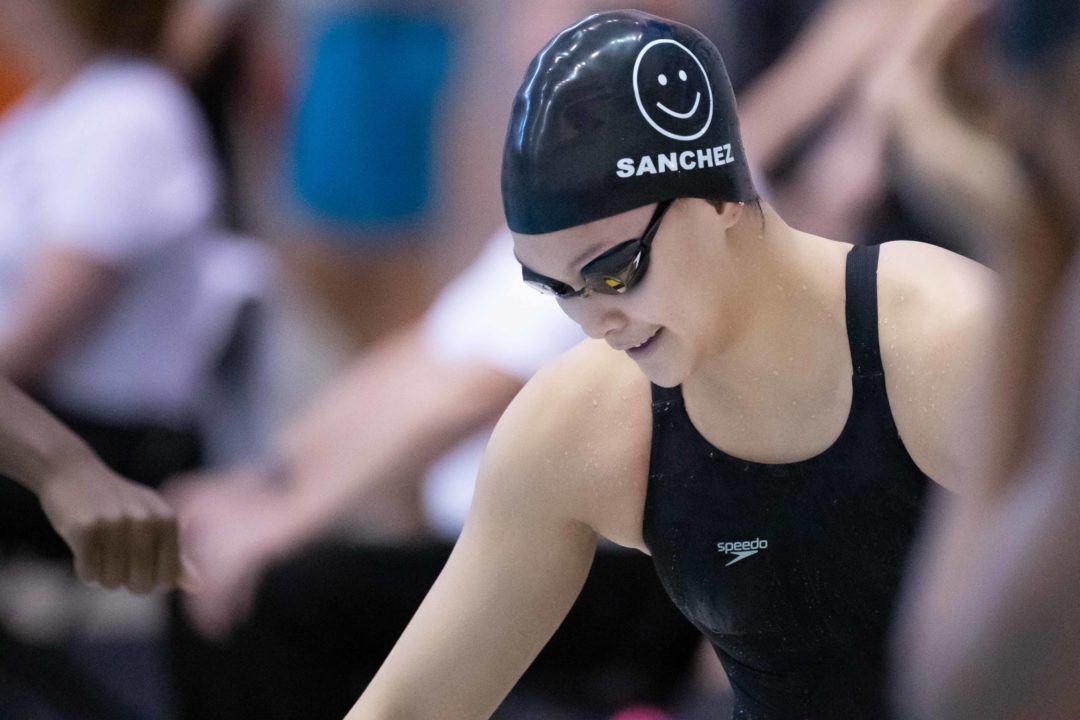 With four more individual individual events to be swum, the majority of the Canada's roster spots for worlds and Commonwealth games have been decided. Archive photo via Mike Lewis/Ola Vista Photography

As we head into the final day of competition at Canadian trials, the rosters for the 2022 FINA World Championships and the 2022 Commonwealth Games are almost set.

On day four, Kayla Sanchez was the only new swimmer to officially qualify for worlds. She swam a time of 53.69 to win the 100 free, getting under the FINA ‘A’ cut of 54.25.  Joining her to race the 100 free individually at worlds will be Penny Oleksiak, who previously qualified in the 200 free and finished second in the 100 with a 53.71 .Taylor Ruck was also under the ‘A’ cut, swimming a time of 53.99 – meaning she will most likely be selected to swim on Canada’s 4×100 free relay.

Summer McIntosh qualified for two additional events in the last two days: the 200 fly and the 400 IM. She swam well under the ‘A’ cut for both worlds and Commonwealths in the 200 fly, winning with a time of 2:07.60. In the 400 IM, she was also under both the FINA and Commonwealth ‘A’ cuts, winning with a time of 4:34.86, which is the second-fastest time in the world this year just behind her 4:29.12 swim from Feburary.

Finishing behind McIntosh in the 400 IM was Tessa Cieplucha, who was also under the FINA ‘A’ cut of 4:43.06 to place second in the race with a time of 4:39.49. With that time, she will also qualify for the worlds team.

Josh Liendo and Ruslan Gaziev both went under the FINA ‘A’ cut of 48.77 in the 100 free, swimming times of 48.35 and 48.41 respectively. Liendo already had an ‘A’ cut in the 100 fly, but for Gaziev, this his first ‘A’ cut after he qualified for the worlds team in the 200 free by meeting Canada’s secondary qualification standard.

Kylie Masse and Taylor Ruck, the two Olympians in the event from last summer, also made the worlds team in the 200 back after day five of competition. They swam times of 2:07.66 and 2:09.63 respectively, getting under the FINA ‘A’ cut of 2:11.08. Masse, being the top finisher and also under the Commonwealth ‘A’ cut, also booked herself a spot on the Commonwealth Games roster in the event.

Richie Stokes, who was propelled by a monster last 50, won the men’s 200 back in a time of 1:58.79. And while that misses the FINA ‘A’ cut of 1:58.07 by a few tenths, he was under Canada’s secondary standard time, giving him a spot on the worlds team via selection priority 3. A similar situation happened to Collyn Gagne, who won the 400 IM in a time of 4:17.82, missing the ‘A’ cut of 4:17.48 but make the worlds team because he was under the Canada secondary standard.

WHOOO HOOOO!! Way to go Canada! The men’s team is growing, so beautiful to see 🤗