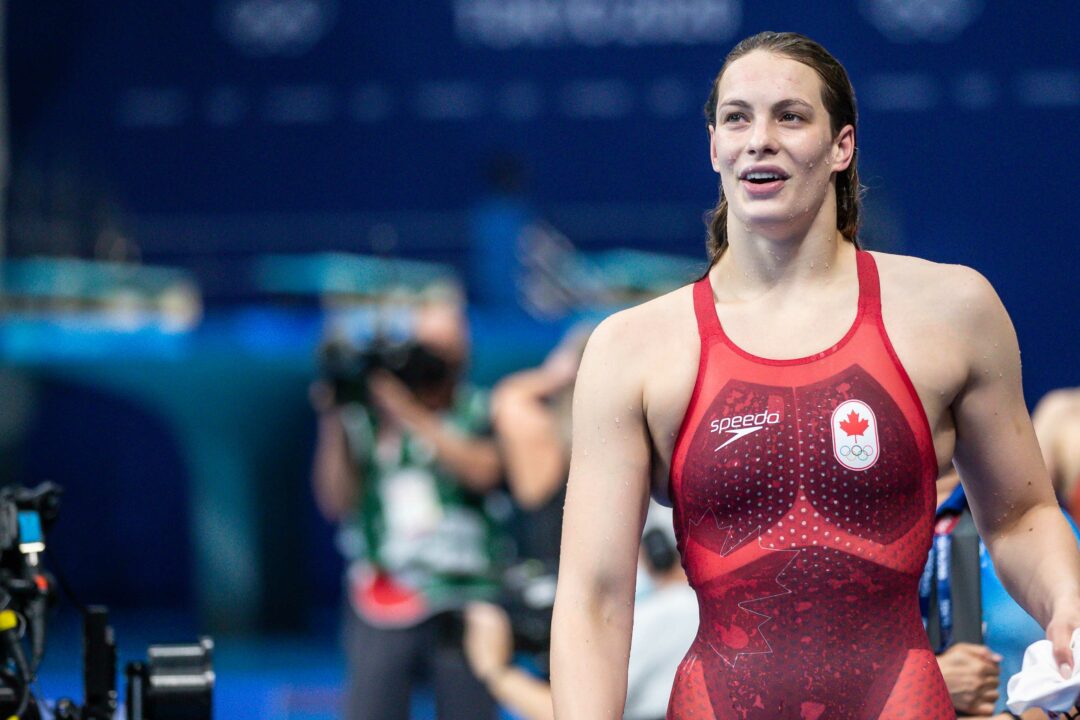 A total of 32 swimmers were selected to represent Team Canada at the 2022 FINA World Championships in Budapest this summer. Archive photo via Jack Spitser/Spitser Photography

The 2022 Canadian Swimming trials, which served as a qualification meet for the 2022 FINA World Championships and the 2022 Commonwealth games, concluded last night. And while the official Commonwealth roster will not be ratified until later this month, Swimming Canada recently released their full roster for Worlds this summer, as well as the swimmers nominated for Commonwealth Games

A total of 32 swimmers will be representing Canada at worlds, which includes 18 women and 14 men. In addition, 23 swimmers were nominated for the Commonwealth Games because they met ertain qualification criteria at this meet.

Here are the full qualification rules:

In addition, Kayla Sanchez and Josh Liendo added an additional event to their worlds lineup when they both won the 50 free. Sanchez swam a time of 24.93, getting under the FINA ‘A’ standard of 25.04. Meanwhile, Liendo put up an incredible 21.63 to break Brent Hayden‘s supersuited Canadian Record from 2009. Not only does Liendo’s time qualify him for worlds, but it also gets him under the Commonwealth Games ‘A’ cut as well.

Although Katrina Bellio missed the FINA ‘A’ standard in the 800 free, her time of 8:38.90 to win the event is good enough to meet Canada’s secondary standard of 8:43.08, rendering her a spot on the worlds team as well.

Although the full Commonwealth team along with para swimmers has not been officially selected, here are the 23 swimmers that have been nominated for the games via selection standards.

woo hoo for Emma Finlin the youngter from Alberta, who crushed it at Trials and all season long !!

Congratulations to the Canadians you have made our country proud of you!

i’m still struggling to understand how swimming canada can select swimmers for an open water 10km race from a pool 1500… some of those selected (for junior worlds OR worlds) have hardly any open water experience. it feels slightly like they’re setting them up for failure.

Is it just a coincidence that Canada happens to have a pretty deep team of talent on the women’s side but not very many medal favorites/”superstars” on the men’s side? Sweden also seems to have a similar phenomena, I wonder if there’s any sort of underlying reason for it all.

Men were all involved in ice hockey maybe?

The men’s program was the stronger of the two for a long time. I’d say it’s just a coincidence that a cluster of young female stars emerged mid-decade and started to revive the swimming program from dormancy.

People saying “hockey” are definitely correct, but I think it’s about peak ages for the different genders too. Not many Canadian men stick around past age 22ish (end of university), so other than the supremely talented younger ones like Liendo, Knox, we don’t see many of the guys that presumably could make a big leap in their mid-late 20s.

Are the people saying hockey under the impression that girls don’t play hockey in Canada?

Growing, but no where near the mass numbers that boys do.

McIntosh may be on the Worlds, Commonwealth, and JR Pan Pacs

But won’t it be tiring for her?

Can’t do Worlds and JPP in same year.

Nobody’s ”taking her spot” knowing that she was not eligible for Jr PanPacs, as stated in the selection criteria.

im unsure of the worlds open water team, but your guess seems pretty accurate. world juniors was top two per gender per year of birth from 04-06, i believe.