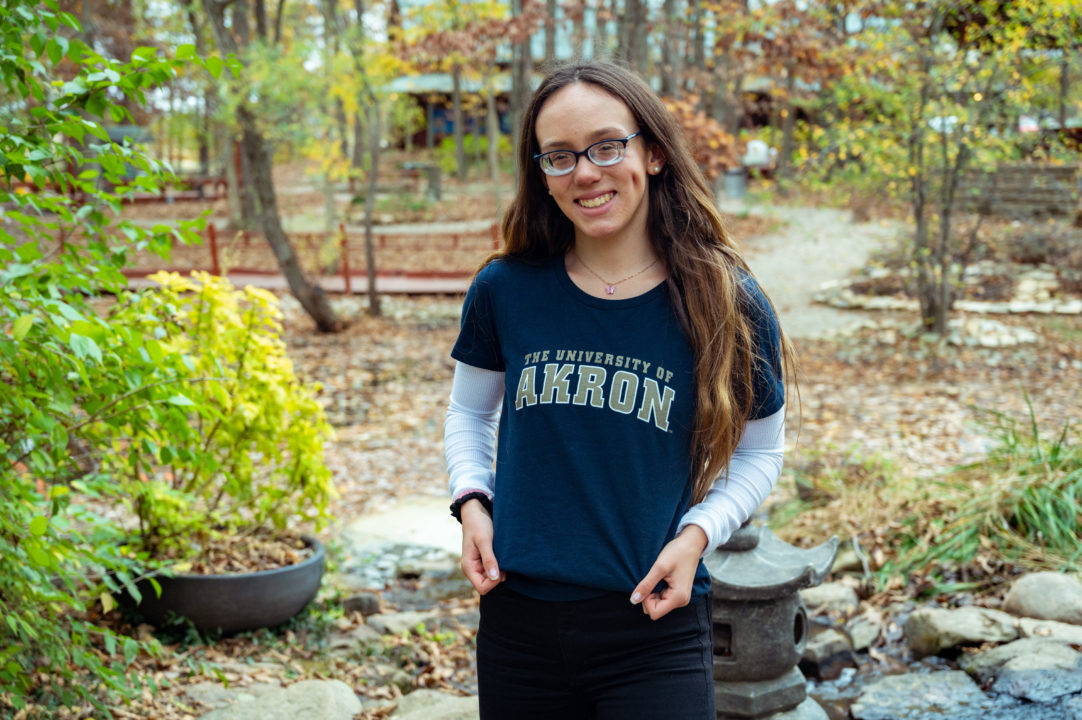 Franklin Community Indiana HS Sectional champion Grace Nuhfer has verbally committed to swim for the University of Akron beginning in the fall of 2021. Current photo via Grace Nuhfer

The University of Akron has received a verbal commitment from Grace Nuhfer for its class of 2025. She is a year-round swimmer at Greenwood Gators Inc. and she is in her final year at Greenwood Community High School.

I am thrilled to announce my verbal commitment to continue my academic and athletic career at the University of Akron! I am so grateful for this opportunity and I would like to thank everyone who has supported me throughout these past 11 years. I can’t wait to be a part of this supportive and hard-working team! #gozips

Nuhfer is a senior at Greenwood Community High School. During her junior season, she competed at the Franklin Community Indiana HS Sectional Championships. She swam in the A-final of both the 50 free and the 100 fly, after touching 4th and 1st in prelims, respectively. She took off 0.21 seconds in finals of the 50 free, and moved down to 5th. She maintained her top seed in the 100 fly, touching 0.78 seconds ahead of the silver medalist. She led off her team’s 400 free relay which earned a bronze medal. Finally, she anchored Greenwood Community’s 200 medley relay, splitting a 50 free time of 23.70. The relay team touched second behind Fraklin Community High School.

Nuhfer went on to swim at the Indiana Girls State Championships, finishing 12th in the 100 fly and being a member of Greenwood Community’s 200 medley and 400 free relays.

Nuhfer will join the 2020 Mid-American Conference champions beginning in the 2021-2022 season. The University of Akron won gold in every relay at the conference champs. Paulina Nogaj, Sarah Watson, and Paula Garcia Estrella each won two individual gold medals and Watson was the meet’s high-point award winner.

Nuhfer will arrive on campus with fellow commits Kendall Craig and Julia Mauter in the fall of 2021.