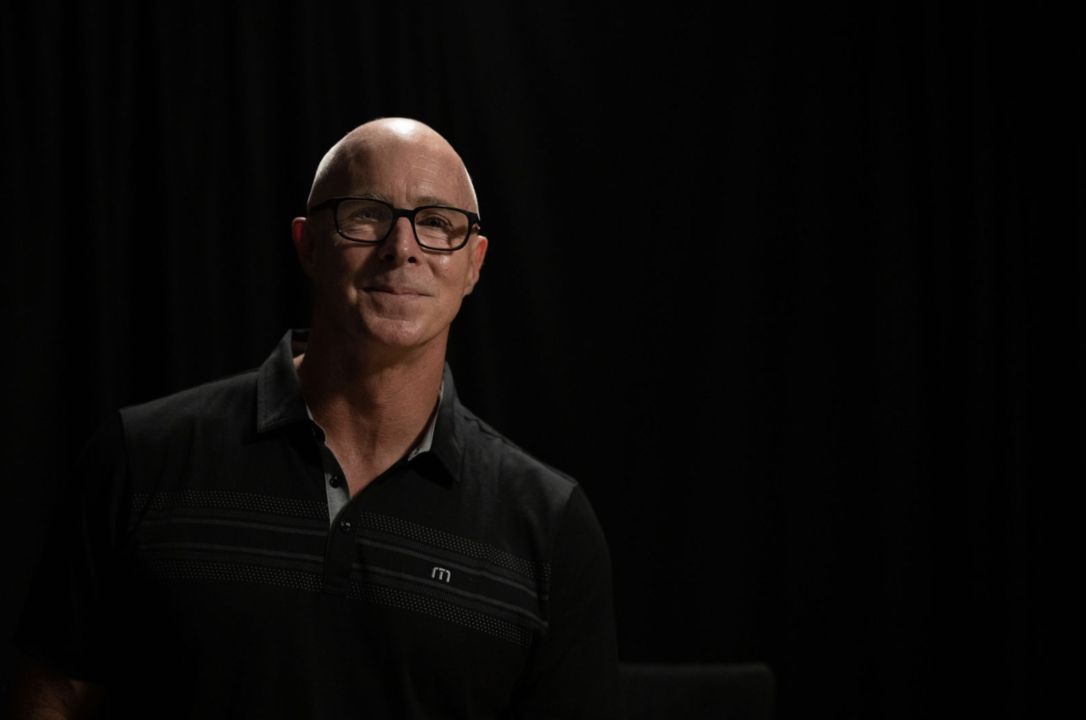 After breaking the 100 breast world record at Olympic Trials, Moffet suffered an injury in the Olympic prelims a few strokes after his breakout Current photo via courtesy of Ali Rogers / @pranalens on IG / www.pranalens.com

John Moffet is a renaissance man. In the pool he was a 1980 & 1984 Olympian, World Record Holder, World Medalist & Pan Pacific Championships Triple Gold Medalist. Beyond the pool, after graduating from Stanford, he built an impressive career in entertainment winning 3 Primetime Emmy Awards and a list of credits too long to detail here. (Google John Moffet producer director and go to IMDB.)  Moreover, he’s delivering all of that entertainment muscle to his new podcast SPORT LIFE BALANCE (see Moffet Podcast here: https://www.buzzsprout.com/1465300).

In this podcast Moffet bottom-lines “the moment” when he knew his chances for 1984 Olympic gold were over. After breaking the 100 meter breaststroke world record at U.S. Olympic Trials (1:02.13), he suffered an injury in the 1984 Olympic Games prelim heat–coming off the wall, a few strokes after his breakout.  Hearing the vulnerability in his voice is heart-wrenching.  Moffet’s life is dramatic, a Hollywood film, and he was, in fact, among the stars of the famous award-winning doc film “16 Days Of Glory” that took you inside the lives of the most interesting 1984 Olympians.

Yeah I always thought that he should not have swum the 100 br final with an ace wrap on. Ace wraps do very little other than remind us that we are injured.

This race was an epic battle between Steve Lundquist and Victor Davis both breaking the World Record and breaking 1:02. Moffett would have made it even more interesting. Lundquist won in 1:01.65 but then Victor Davis dominated the 200 breastroke winning by over 2 seconds and smashing his own World Record by over a second. Davis repeated his 1982 World Championships feat of Gold and Silver to prove he was the top breastroker of the early 80’s.