Budapest: Watch The Men’s 10k Race Come Down To A Tenth 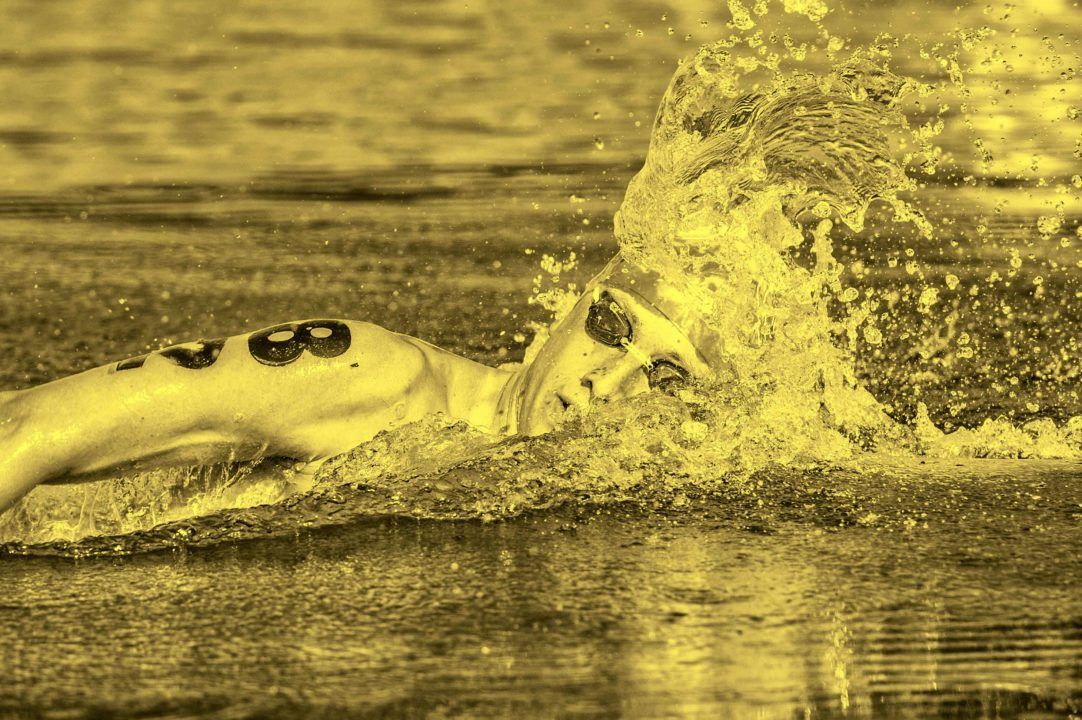 American Jordan Wilimovsky fought his way from 49th at the 2.5k mark to 6th place with one lap to go, ultimately falling just .10 shy of a gold medal in the men's 10k race in Budapest. Archive photo via Mike Lewis/Ola Vista Photography

Watch any open water swimming race and you’ll be amazed at how close the finish can be after hours of grueling laps with packed crowds around buoys. Today in Lake Balaton was no exception as the 10k competitors roared to the timepad with the top 3 men separated by less than one second.

Slamming the touchpad first was 2016 Olympic champion Ferry Weertman of the Netherlands, who tactically clawed his way from 57th at the beginning of the race, to 8th, then ultimately to the lead against a pair of die-hard racers in America’s Jordan Wilimovsky and France’s Marc-Antoine Olivier.

Wilimovsky, too, steadily made his way to the lead bunch, starting out 49th at the 2.5k mark, then 36th after 4k and finally positioned 6th and charging with one lap to go. Weertman touched in 1:51.58.5 to take gold, immediately followed by Wilimovsky in 1:51.58.6, then the 5k gold medalist here in Budapest, Olivier, finished in 1:51.59.2 for bronze.

Below is the final portion of the race, where the demanding event was determined by one tenth of a second after nearly 2 hours of exertion.

Jordan is a fighter!

Jordan improves how he swims that race just about every time. Great swim for him. Yes, of course, he wanted the gold but he swam a smart race and a gutsy race. It takes confidence to swim a race at that level like that.

Sucks for the guy in 2nd