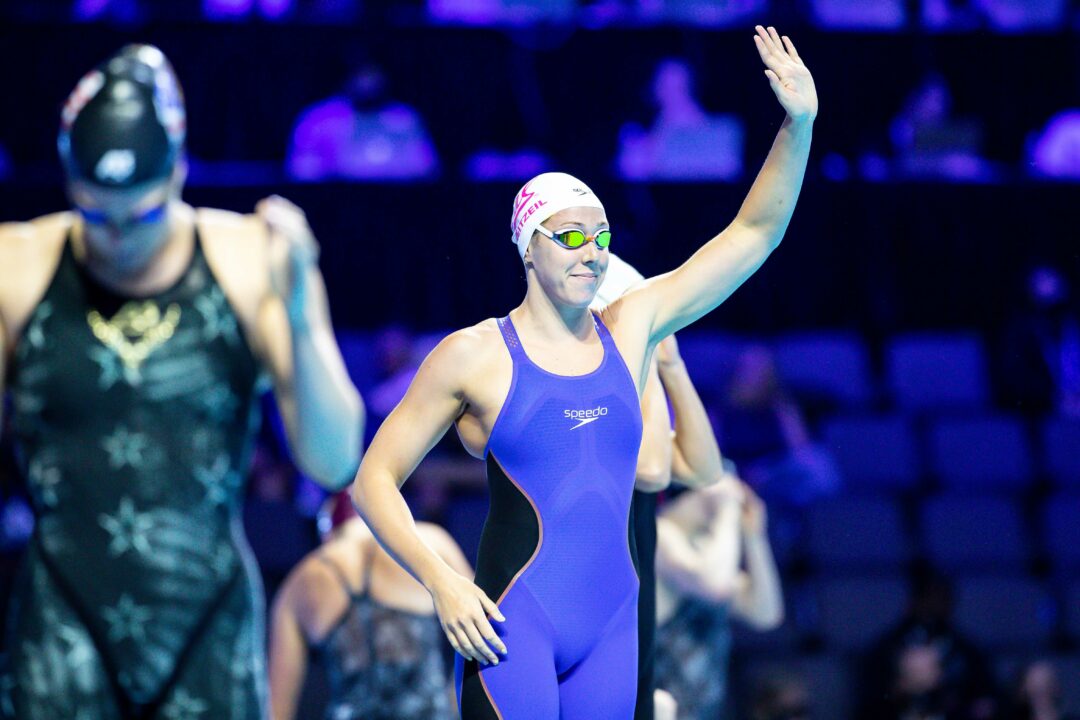 There were a number of scratches for day 2 prelims at the 2022 US World Championship Trials, the most notable being Abbey Weitzel in the 200 freestyle.  Current photo via Jack Spitser/Spitser Photography

There were a number of scratches for day 2 prelims at the 2022 US World Championship Trials, the most notable being Abbey Weitzel in the 200 freestyle.

Weitzeil entered the meet as the 12th seed in the event with a time of 1:58.65. After finishing 7th in the 100 freestyle and missing the World Championships team, Weitzeil appears to be going “all-in” on the 50 freestyle, which will be her final event at the meet and her final opportunity to qualify for Worlds. There were several other scratches from the event, including 22nd seed Talia Bates, who has been a staple on Florida’s NCAA roster.

The men’s 200 freestyle saw a notable scratch from Maxime Rooney, who entered as the 15th seed. Rooney struggled in the men’s 100 freestyle, finishing out of the A-final despite entering the meet as the 6th seed. However, Rooney will still contest the men’s 50 butterfly on Day 2. Likewise, age-group superstar Thomas Heilman scratched the 200 freestyle to focus on the 50 butterfly; he was the 37th seed in the 200 but holds the 17th seed in the 50.

In the men’s 200 breaststroke, 8th seeded Chase Kalisz was the most notable scratch. The 2020 Olympic gold medalist in the 400 IM still has both IM events left on his schedule for the week.

After qualifying for his first World Championships team in the 200 butterfly, Luca Urlando scratched the 50 fly, where he was the 5th seed. He will instead contest the 200 freestyle, where he is the 7th seed with extra relay spots up for grabs.

Did Torri Huske, the top seed in the 50 Fly, scratch the 50 Fly because she is already guaranteed to swim it at Worlds because she already made the roster and they race for 1 spot but take 2?

She’s not guaranteed to swim it until she wins the 100 fly.

So, I suppose she’s either not interested in swimming it, or is now confident that she’s swimming well and doesn’t need to do the individual race.

Why would Weitzeil scratch the 200? She had a chance at top 6. She would’ve had enough rest for the 50 free on the last day.

Maybe not feeling well? Elbow flaring up? Missed her taper by a couple days based on her 100? She’s a warrior (that NCAAs with her elbow wrapped on the relays cemented her legacy), so there’s a valid reason for scratching.

Schedule wasn’t as forgiving for it, but feel like Kalisz would’ve finished higher in the 2 breast vs 2 fly.