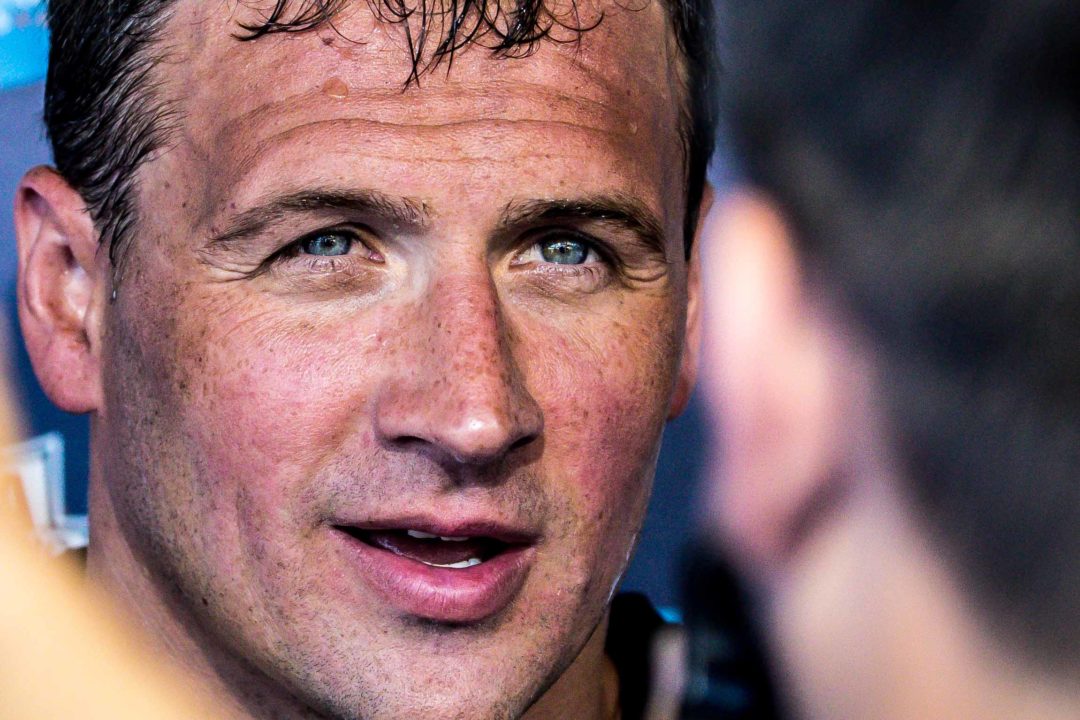 By the conclusion of the Wave II meet on Sunday, June 20th, the Olympic swimming roster for the United States of America will be filled. Current photo via Jack Spitser/Spitser Photography

At very long last, the 2021 U.S. Olympic Swimming Trials are upon us. Wave I concluded on Sunday and the top-2 finishers from each race will have the chance to race again in Omaha in the Wave II competition. By the conclusion of the Wave II meet on Sunday, June 20th, the Olympic swimming roster for the United States of America will be filled and the athletes will be preparing for training camp and then the Games themselves. Until then, though, there’s a lot of swimming to get through! Let’s take a look at five of the biggest storylines to follow at the Wave II competition of the 2021 U.S. Olympic Swimming Trials.

Will Michael Andrew finally make his first Olympic team? The 100 breaststroke looks like his race to lose, while the 200 IM is another where he has a very strong chance of winning given his constant improvements in the race since 2018.

Andrew has been the poster boy of the USRPT method for nearly a decade, and a small center of controversy when he turned pro at age 14. Undeniably gifted, Andrew has also been blessed with opportunities other naturally gifted athletes are not, including the financial means to pursue his athletic goals. There’s a lot to say about Andrew and his unique upbringing and privileges, but that is beyond our scope here. It’s worth a mention, however, because he has leveraged his unique lifestyle into a brand that has attracted a large audience on YouTube and Instagram where he is able to show the next generation of athletes what it’s like to be a world-class swimmer and how the swim lifestyle is, contrary to popular belief, actually pretty cool.

Andrew will race all four 100s as well as the 50 free and 200 IM. His best chances of placing top-2 come in the 200 IM and 100 breast, followed by the 50 free and the 100 fly, while the 100 back and 100 free probably aren’t realistic events for him to keep on his schedule. The pursuit of a relay opportunity via the 100 free could inspire him to swim it at least once in prelims, but doubtful more than that.

If Andrew makes the Olympic team, expect multiple behind-the-scenes vlogs from the pre-competition training camp and of course, the 2020 Tokyo Olympic Games.

36-year-old Ryan Lochte has faced one uphill battle after another since the 2016 Rio Olympics. In Rio, Lochte swam only two races: the 800 freestyle relay and the 200 IM. Despite being the World Record holder in the 200 IM since 2011, Lochte has never won Olympic gold in the race, and placed 5th in Rio. He was the 2019 U.S. National Champion in the 200 IM, but has consistently been outdone by the likes of Chase Kalisz and Michael Andrew in the years following the Rio Games.

Lochte is entered in a whopping six events in Omaha, though he is likely to scratch at least a couple of them, as he and others who swim for coach Gregg Troy are known for over-entering events and scratching at the meet. That said, we expect him to see the 200 IM through, where he should be a shoe-in for a place in the final.

The men’s 200 IM will be one of if not the most exciting race at the 2021 U.S. Olympic Trials, especially for those who have formed a connection with Lochte over the past 17 years, since his first Olympic appearance at Athens 2004. Andrew, Kalisz, Carson Foster, and Andrew Seliskar are likely to be Lochte’s biggest threats for a top-2 finish in the 200 IM in Omaha–read the event preview here.

Veterans vs youth in women’s 100 butterfly

In 2016, Kelsi Dahlia (then Worrell) was the young American butterflyer on then-veterans’ Dana Vollmer and Claire Donahue‘s radar. In 2021, Dahlia is the veteran who must defend her spot on the Olympic team and the medley relay. Though she has experience on her side, up-and-comers Claire Curzan and Torri Huske have been extremely fast this year while Dahlia has not been particularly close to her lifetime best.

Oddly, if it hadn’t been for the COVID-19 pandemic and one-year delay, Curzan and Huske would have probably fallen lower on our list of likely Olympic qualifiers in this race than they do today. Both women have improved immensely in 2021 and if either snags an Olympic berth, the extra year of preparation may be to thank.

How will the Wave I qualifiers fare?

Wave I of the 2021 U.S. Olympic Swimming Trials was a spectacle, an experiment, and a means of appeasing swimmers (and their families) who otherwise would have been totally cut out of Trials after USA Swimming quickened the cuts in 2019. Reducing the size of the meet was a response to COVID protocols, social distancing guidelines–we know the story too well to go over it again.

While the Wave I meet still guaranteed two swimmers per event the opportunity to swim their race alongside those who will represent Team USA in Tokyo, none of the times posted last week are competitive with what we expect to make the team, or even the top-8, in a given event. How the Wave I swimmers fare at Wave II could influence USA Swimming’s plans for the 2024 Olympic Trials, though the 2024 competition is likely to swell back to its previous size, especially if a larger venue is selected.

We love NCAA swimming, and we love predicting how NCAA standouts will do when the long course season rolls around. In an Olympic year, the stakes are turned up to an 11, as are the expectations of the swim fandom. So who will have the most eyes on them?

Most likely, Shaine Casas and Kieran Smith, among the men, and Alex Walsh and Kate Douglass for the women. Dean Farris, who was granted a second red-shirt season, is another NCAA champion (from 2019) we are eager to see compete in Omaha, while 2015 Sportskid of the Year Reece Whitley, one of Cal’s most valuable swimmers, will also garner lots of attention as he competes in his second Olympic Trials.

Ryan Hoffer, Paige Madden, Max McHugh, Trenton Julian, Nicolas Albiero, and so many more will be the pride of their universities while in Omaha, and for those that make the team, legends bound one day for their school’s hall of fame. In decades past, college athletes would be the heavy favorites to make the U.S. Olympic swimming team, but with professional swimming finally becoming a viable career for those with enough talent to consistently make international teams, NCAA swimmers face an ever-growing heard of NCAA alumni that aren’t ready to give up on their Olympic dreams.

Even an article that talks about 5 OT storylines somehow turns into yet another Michael Andrew debate.

I also enjoy when people argue in the comment sections on a swimming message board. If you don’t like it, don’t read it.

Heat sheets out for day 1!!! So excited.

No huge surprises, other than Callan. Is he injured?

3
0
Reply
Anything he swims

Please, no more lochte. We’re done with Jeahhhh, the dad years. As bland as Grill-Kicks lochte…

I am rooting for Lochte, but I hate all the fake marketing messages that he and other athletes are pressured to mouth in order to get commercial endorsements.

Jack Saunderson all the wayyyy!

Reid Carlson got a vendetta against MA geez. Why you bringing his financial upbringing into this like there aren’t tons of other swimmers that come from wealth?

I hope MA has a great meet besides he is a real nice guy. Got to hang out with him at an ASCA clinic in 2016 – Ft lauderdale. He blew my wife away with his manners and his overall demeanor.

His parents were real nice too. Dad has a real soothing voice.

Doing the Pickems gave me a good idea of what the craziest races will be. Women’s 100 back is totally the highlight. Men’s 200 fly won’t be the fastest race, but it will be one of the best races in terms of racing. The 100/200 frees will be very exciting too.
It seems like in many races the highlight is the race for 2nd, and others are more of a race for 1st.
I am really excited to watch the breakout stars who have not proven themselves at a big long course meet yet, like Sims, Nordin, Jacoby, Casas and Magahey.