Swimmers With The Most Victories In History At The U.S. Olympic Trials 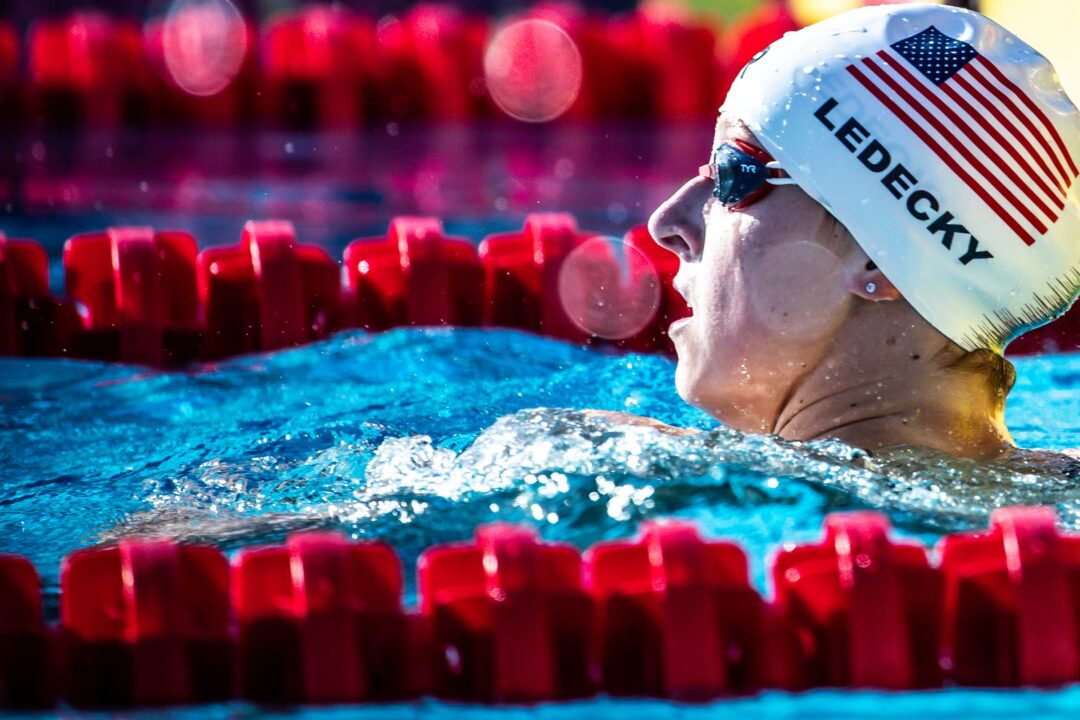 Katie Ledecky already has four U.S. Trials victories thus far in her career, and has a great chance to double that total next week in Omaha. Archive photo via Jack Spitser/Spitser Photography

The 2021 U.S. Swimming Olympic Trials are set to kick off in Omaha. The meet is traditionally one of the most anticipated by the swimming community, and it has been held since 1920 to select the American swimmers for the Summer Olympics.

Over the years, many remarkable performances by legendary swimmers have been registered. But who are the greatest swimmers in the history of the U.S. Olympic Trials? Instagram’s Swimming Stats page has published the list of swimmers who won the most events since 1920.

This includes the 1980 Trials, which was held even with the U.S. boycotting the Moscow Olympics. Also, some swimmers have won their events at the Trials over the years, but never had the chance to race them at the Olympics for different reasons. For example, for several years the men’s 200 freestyle was included in the Trials schedule, but it was not an Olympic event until 1968. It was disputed in the Trials only for the purpose of selecting relay swimmers.

Unsurprisingly, Michael Phelps, the greatest Olympian ever, is also the greatest winner of all time at the Trials – he has 16 victories. He is also the only American swimmer to achieve Olympic qualification in six events in the same year, in 2004 – later on, he would give up his 200 back spot and did not swim this event at the Athens Olympics. Additionally, he is the only swimmer to ever win the same event four times, and he did it in two events: 100 butterfly and 200 IM, from 2004 until 2016.

Phelps won five events at the 2008 Trials en route to the greatest Olympic performance of all time at the Beijing Olympics, but he was not the first one to do so. In 1976, legendary Shirley Babashoff won the 100, 200, 400, 800 freestyle, and the 400 IM. She would end up not racing the 400 IM at the Montreal Olympics.

Before Babashoff, only one swimmer had won four events in the same edition: Mark Spitz, in 1972. He would replicate his wins at the Munich Olympics, adding three more gold medals in relays – the greatest Olympic performance of all time until it was surpassed by Michael Phelps in 2008.

Before Phelps, Tracy Caulkins was the swimmer with the most wins, seven – including four victories at the 1980 Olympic Trials, the same year she tied with Terri Baxter in the women’s 200 breast, the only dead-heat for the first place in the history of the Trials. As of today, Caulkins is tied with Katie Hoff, who also won seven races, as the top female winners in the history of the Trials.

Katie Ledecky already appears among the top winners: she has won four races in 2012 and 2016. Being the first seeded in the 200, 400, 800, and 1500 freestyle in Omaha, she has a good chance to win four more races and move up on the list, becoming the top female swimmer of all time at the U.S. Trials. Will she make it?

I am surprised Jill Sterkel didn’t make the list

Lochte with the most 2nd place finishes? Lol

I’m sure Phelps only pushed him to do better, but it’s unfortunate he was always in his shadow. And Clary too, always on the outside looking in.

Minor correction: Phelps won the 200 fly at four consecutive Olympic Trials from 2004-2016. It’s listed as the 100 fly instead, which he finished as the runner up at the 2004 trials to Crocker.

Will she make it?

Hope she can dip under the 1.54 ….before the OG to spice up the heat with the other world contenders

It’s a no brainer.