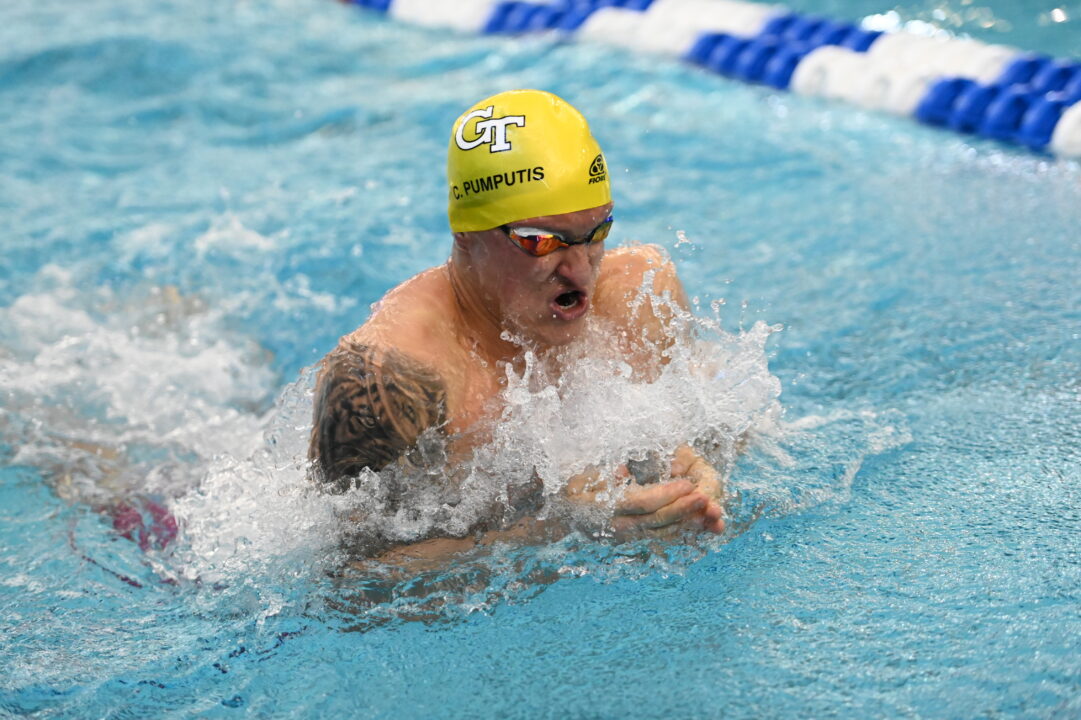 We're continuing to see some fast swimming at the 2021 NCAA Championships, with today's A-final qualifying times faster in 3 of 5 events than in 2019. Current photo via

We’re taking a daily look at the times it took to make the championships or console finals in each event here at the 2021 Men’s NCAA Swimming & Diving Championships, and just like yesterday, it’s a bit of a mixed bag, with some times faster than in years past, and a few times slower.

In the morning’s first event, the 400 IM, the 3:40.80 it took to take the A-final was just 0.02s slower than it took in 2019, although a good deal slower than the 3:39.52 it took to make it in 2018. Only 9 of the 36 men who swam this event this morning dropped time from seed, with 4 of those coming from swimmers who made the A-final. Top-seeded Carson Foster of Texas was actually about 2.5s slower than his seed time, although that was still enough to make him the top qualifier by nearly a second.

The 100 fly was faster, in terms of 8th place time, than it had been in recent years, with a 45.10 needed to make tonight’s A-final, and that’s with the top seed, Virginia Tech freshman Youssef Ramadan being disqualified for a false start. Had Ramadan not been DQd and come to close his seed time, it would’ve taken a 45.0 to make the A-final, and it looks like it’s only a matter of time before it’ll take a 44. Cal’s Ryan Hoffer got the top time of the morning with a 44.24, knocking nearly a second off of his seed time. 15 of 41 swimmers in this even dropped time from seed.

We expected the 100 breast to take a leap forward this year, especially after all the 51s we saw ACCs and Big Tens, and sure enough, the 8th and 16th place times were each two-tenths faster than they were in 2019. Top seeded Max McHugh was almost seven-tenths off of his seed time, but still the only man under 51, and it would not be a surprise if we see a 49 tonight. Despite the overall speed, only 4 of 39 swimmers dropped from seed time, although in a really interesting wrinkle, another three swimmers – Reece Whitley (51.39), Caspar Corbeau (51.52), and Kevin Houseman (51.75), all exactly matched their seed times.

How about we take a chill pill?