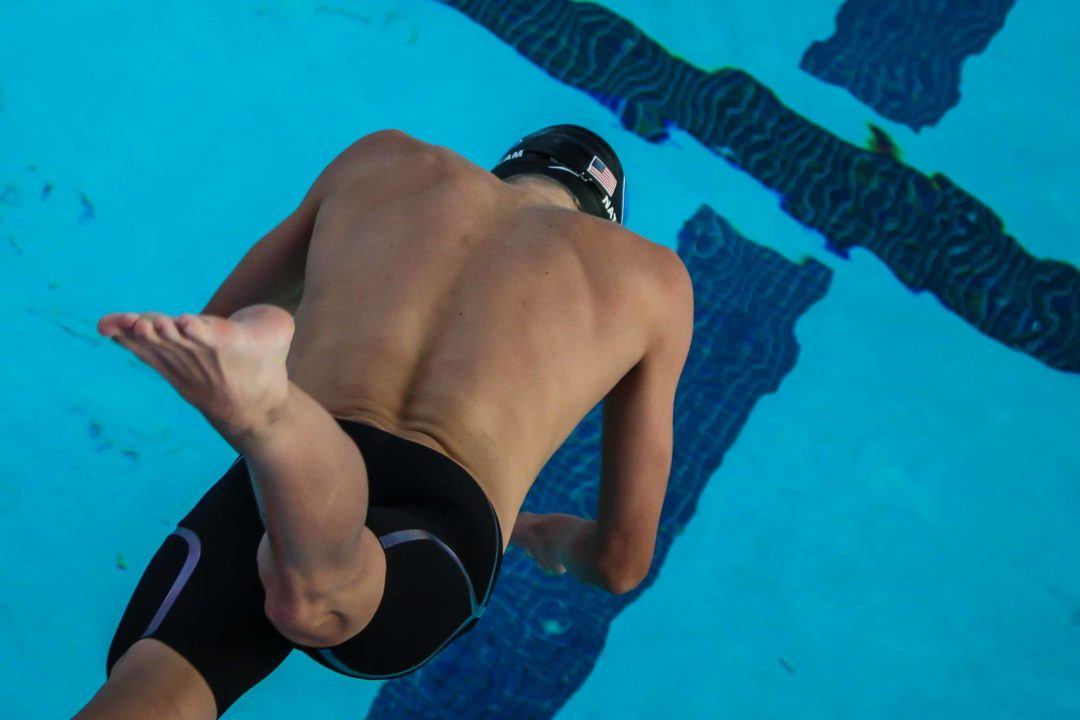 Michigan picked up 257 returning points after their explosive morning, projecting to jump from 4th to 2nd. Ohio State is still 95.5 points ahead. Stock photo via Jack Spitser/Spitser Photography

On the second day of the 2021 Big Ten Men’s Championships at Ohio State University, the Michigan Wolverines had a big morning session throughout the prelims of the 200 IM, 50 free, and 500 free. At the end of the session the Wolverines picked up 13 returning swims, including 5 up and 7 mid swims. The next closest team was Indiana, also with 5 up swims but just 1 mid swims and 5 down swims. Host Ohio State will return four A-finalists, 1 B-finalist, and 5 C-finalists. Wisconsins, Penn State, and Purdue all have 3 A-finalists while Northwestern picked up an A-finalist. Iowa’s squad picked up 6 mid swims and 1 down swim in contrast to Minnesota’s 2 mid and 3 down swims.

Indiana has two A-finalists in the 200 IM and 500 free each, yet their depth is not as strong as Michigan’s. In the 500 free, #5 Mikey Calvillo and #8 James Brinegar are the only scorers in the whole event. Meanwhile in the 200 IM, #3 Van Mathias and #4 Jacob Steele will score the A-final, yet four swimmers only managed a C-final scoring position (1-9 points). Indiana will have one swimmer in each final in the 50 free, led by #7 Jack Franzman.

In contrast, Ohio State has two top seeds after this morning in the 200 IM and 50 free. Senior Paul DeLakis (1:43.34) leads the IM with over a pair of Wisconsin Badgers, led by #2 Wesley Jekel (1:43.78), and Purdue Boilermakers, led by #5 Trent Pellini. Meanwhile, Semued Andreis holds the top seed in a very fast 50 free final at 19.22. The Buckeyes will also score #6 Charles Clark in the 500 free championship final.

Michigan’s big morning made up for their pre-swimming deficit in the completed diving portion, where the Wolverines had the 5th-most diving points at 95, which was 226 points less than diving leader Ohio State (321). After Michigan’s 257 projected points, they now jump from 4th to tie 2nd with Indiana at 480 points. Ohio State still maintains their lead, now dwindled to 95.5 points.

Wisconsin can also jump Northwestern for 5th place while Penn State and Iowa both passed Minnesota for 7th and 8th after out-scoring the squad this morning.