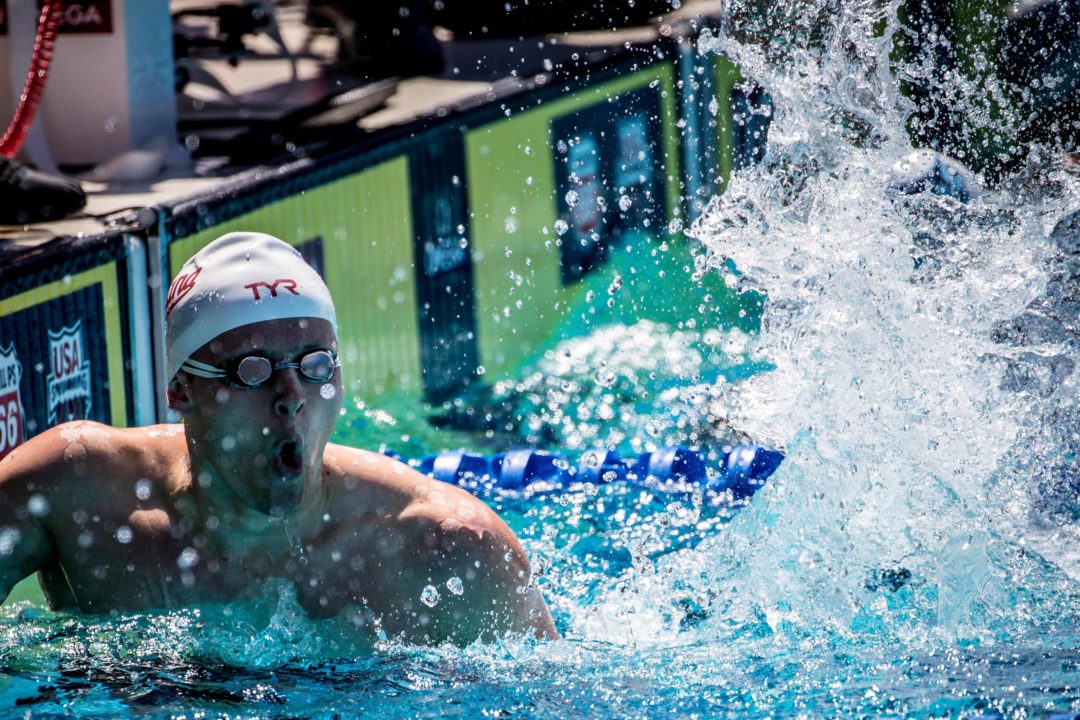 Instead of the fly/back double in 100s, he was able to do the 200 of each stroke on separate days, and he broke 1:40 in both for the first time. Current photo via Jack Spitser/Spitser Photography

What a finish to the 2021 Big Ten Men’s Championships. As Indiana, Michigan and Ohio State were neck-and-neck the last two days, the Wolverines squeezed ahead. By the completion of the 200 breast, Michigan had a clear path to the win, so long as they didn’t DQ the 400 free relay.

Michigan ran away with it in the end, with Indiana in second and Ohio State in third. Decided by the 400 free relay, Purdue grabbed fourth, their swimmers this year having an impressive meet. Last year, their divers were a main propellor as they claimed seventh, but the Boilers looked much-improved this year. Wisconsin and Northwestern were just behind in fifth and sixth, respectively, each moving down a spot from last year.

Meanwhile, Iowa did enough in the 400 free relay to slip past Minnesota for eighth. Iowa and Michigan State are finished as programs with the conclusion of the season, though the Hawkeyes should have sophomore Will Myhre at NCAAs in the 100 breast.

The individual swim of the night was Brendan Burns, the Indiana sophomore, in the 200 back.

Burns capitalized on this meet’s unusual event schedule, now a five-day meet rather than a four-day meet due to COVID-19, and the results were golden. Burns, a phenomenal butterflier and backstroker, did the 100 fly/100 back double on the third day of the meet in 2020, then swam the 200 fly on the last day. This year, the 200 fly was held on day four, while the 200 back was on day five.

Not only were those big best times for Burns, but he now ranks within the top-five nationally in both events. He’ll likely swap back to the 100 fly/100 back double and then pick one of the 200s for the NCAA Championships, but his improvements have been impressive this week.

It’s unclear if the conference will do this schedule ever again, but either way, Burns was able to compete in both races at a focus meet and he’s now a likely NCAA A-final contender in both.

Meanwhile, four men broke 42 seconds on flying starts in the 400 free relay, and Michigan’s River Wright clocked a new Michigan record in the 100 free (42.06) leading off the Wolverines.

Thank you for the kind words. Follow me back now?

Great Meet! Almost got the Trophy back to Btown. Gotta keep the recruits/teammates like Gallant, Bathurst, Couchon to stay and meet wouldn’t have been close even without Bruno. You, Mikey, Brinegar, Capobianco, Van, Franzman, etc need to Win it back next year. Congrats on achievements during tough year and pushed by good UM and OSU teams. Better when all are strong.

Brendan Burns is a star! Congratulations you were awesome and “We’re All For You!”