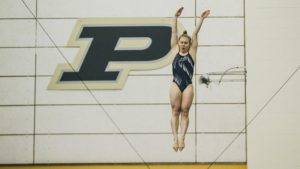 A trio of women, including Erika Brown (above), Kate Douglass, and Zoie Hartmann, are in a position to make history on Friday evening in Knoxville.

UVA freshman star Kate Douglass kicked off her meet with yet another personal best in the 200 IM , taking the top seed in the event with a 1:54.30

7 Major Mid-Season Invites On the NCAA Slate Next Week

Rematch! Erika Brown won two races against Kate Douglass in a dual meet earlier this year. They could meet up to three more times at the Tennessee Invite.

The IU Hoosiers have extended their undefeated season dual meet record to 6-0 with their double wins against Big Ten foes Michigan and Iowa.

The Indiana University men’s swimming and diving team will compete against Big Ten opponents Iowa and Michigan at the Counsilman-Billingsley Aquatics Center.

Kentucky Women Beat Indiana for the First Time Since 2007

Kentucky freshman Caitlin Brooks won the 100 back, placed second in the 200 back, and led off Kentucky’s winning 200 medley relay as they beat IU and ND.