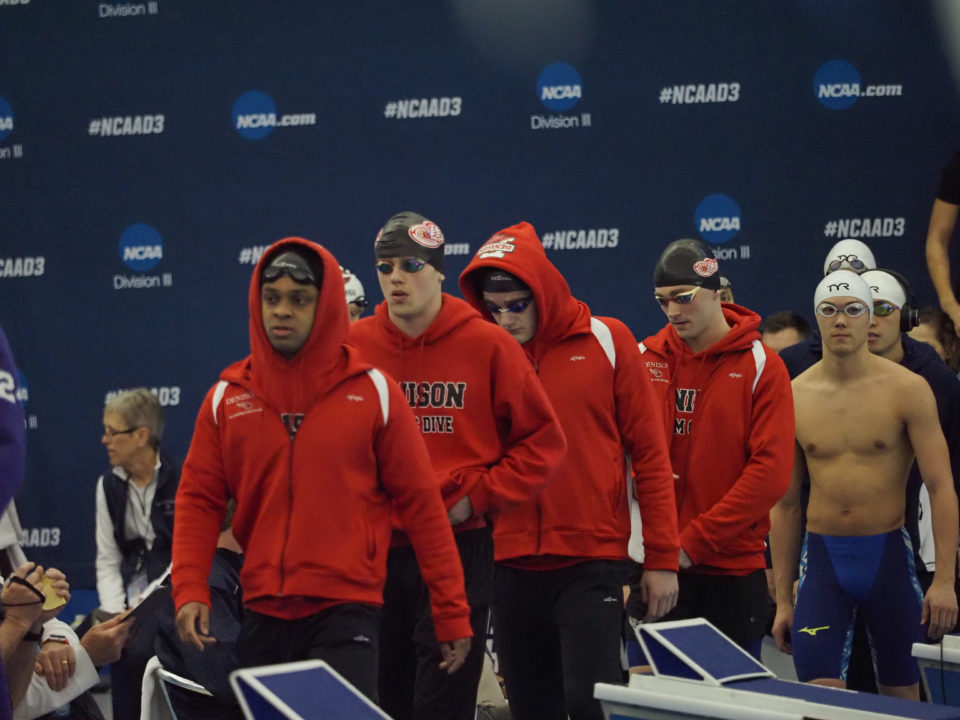 Denison had another strong morning, placing 5 swimmers in A finals and 2 in B finals. The Big Red scored 16 points better than their seedings and increased their lead over Kenyon in the projected final standings. Hopkins, Wash U and Chicago all did well with 2 up, 1 down. Kenyon, whose momentum had been building for two days, had a weaker showing on Friday morning. The Lords put 1 swimmer in an A final and 4 in B finals, totaling about 15 points less than their seedings. They nonetheless remain 34.5 points ahead of Emory, who is trying to challenge them for second place in the team standings. Both Kenyon and Emory are expected to have much stronger point-scoring days on Saturday.

Oof. Emory did not have a good third day.

Wow, Denison is running away with it. Kenyon doesn’t even put up a fight these days. Any chance they’ll rehire Steen?