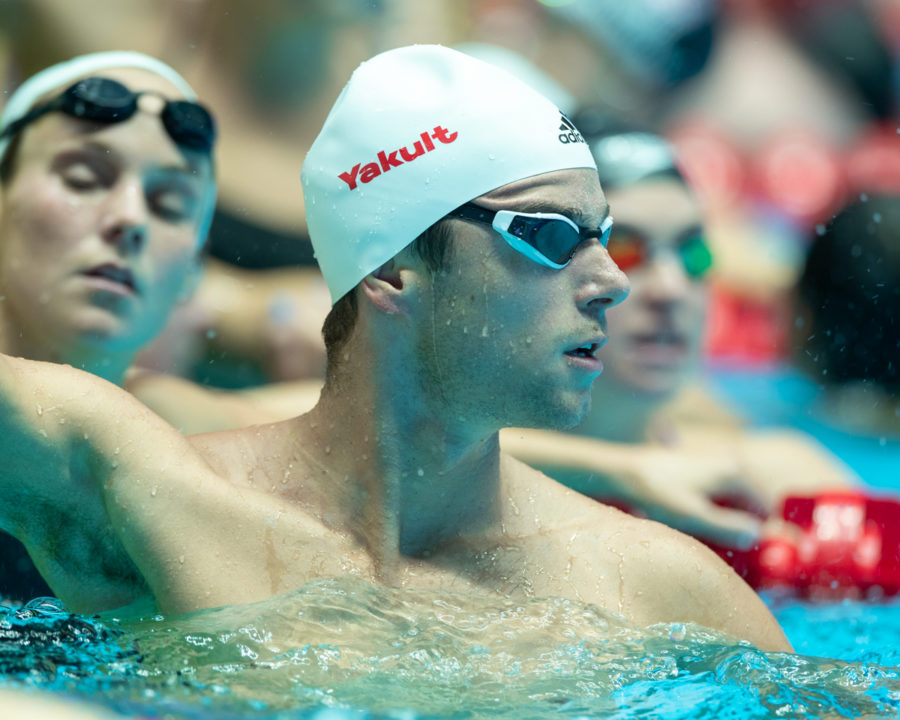 And so begins day 5 of 8 of the 2019 FINA World Championships. Today’s morning session is solidly middle-distance, with the lone sprint being the prelims of the women’s 100 freestyle. There is one relay today: the women’s 4 x 200 freestyle.

European countries won the medal tally on day 4. The Americas, Asia, and Australia are strong in the events swimming prelims today, meaning that by the end of day 6 finals, the medal table, by region, could veer closer to even.

I hope the US coaching staff puts Regan Smith on this relay, huge PB last month at Counsilman Classic and could drop another huge PB… My prelim relay hope = Regan Smith – Gabby Deloof – Allison Schmitt – Simone Manuel OR Melanie Margalis My final relay hope = Melanie Margalis – Leah Smith – Katie McLaughlin – Katie Ledecky if healthy OR Fastest Prelim Girl I swear if they swim Katie McLaughlin in the prelims I’m gonna be so mad, she has proved time and time again she is a relay clutch swimmer, give her the morning off because it’s going to be a battle in the finals. Flickinger would have been a good option but she has the… Read more »

Edit: Forgot to mention Mallory Comerford – I suspect she will be in the prelim relay along with Gabby and Allison, the fourth person will be a mystery – Regan Smith, Margalis, or Manuel? Knowing the staff they’ll probably end up putting McLaughlin in prelims when she deserves a straight shot to finals….

She is probably automatic for finals but she can anchor prelims and shut it down if USA is doing well. Thats probably the safe play. So Prelims, R. Smith, Deloof, Ella Eastin and Mclaughlin are my picks. Finals Leah Smith, Margalis, Mclaughlin and then the next fastest from prelims(probably Deloof).

They won’t use Manuel or Mallory cause of the 100 prelims and semis being today. Likely Schmitt and Margalis instead of Regan and Ella. I was just saying who I would like to see

Oh stop with the Regan Smith panic. She’s only been 1:58 high ONCE. Why does every fickle fan panic and look for an instant savior? She hasn’t even swum a race yet! Stop. The US will be fine and Smith isnt a 155 200 freestyler!

If she unloads on a start which is not what the coaches tell prelims swimmers. You clearly never swam on an international team.

You should have looked at the 4×100 free prelims reaction times before you made this comment. USA and GB men clearly don’t listen to their coaches.

may be Pebley will surprise us…

EVERYONE COMMENT ON THE DAY 4 THREAD SO WE CAN HAVE THE COMMENT RECORD. AND DO DAY 5 TO LETS GO FOR 2 IN ONE MEET

What’s the bobogigi downvote record? Lets do a double! We will need an article about Horton with an article n depth opinion piece about Yang.

What will a likely rally point be for comments? A certain protested freestyler who rakes in the comments doesn’t swim today.