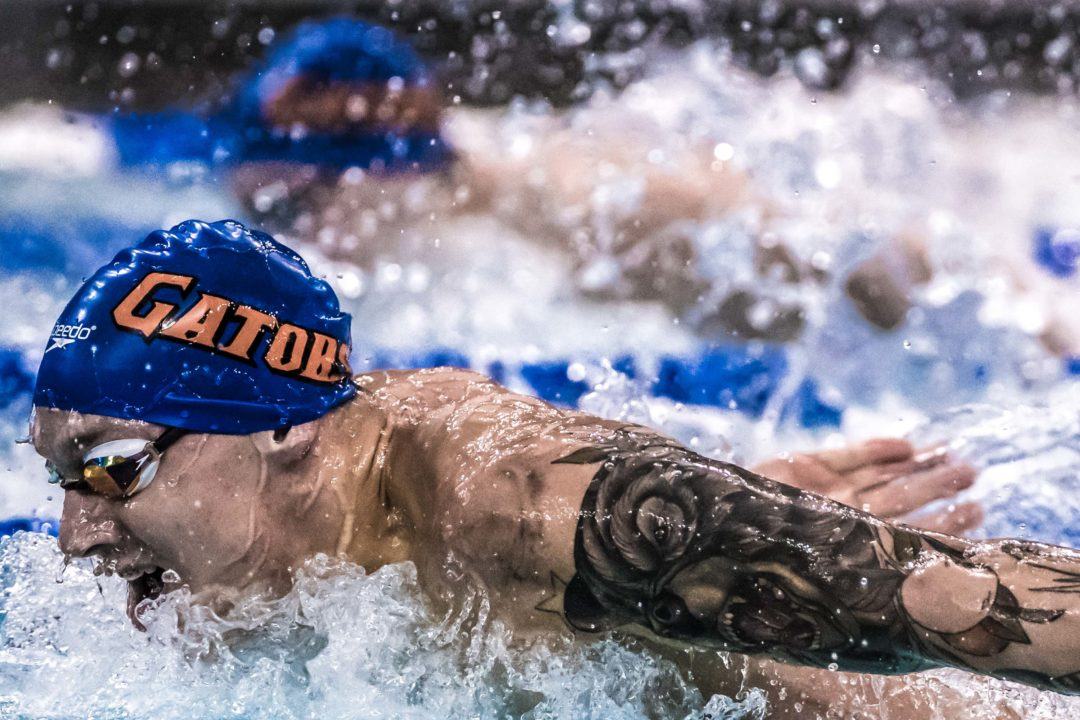 Caeleb Dressel had a senior year to remember with the Florida Gators as he takes home his second consecutive Swammy for NCAA Male Swimmer of the Year.

Throughout his collegiate career he had stuck to the same event lineup: the 50 free, 100 free and 100 fly. But Dressel branched out in his final NCAA season, and ended up making a mark in the history books.

At the Purdue Invite in November, he swam the 200 IM in a time of 1:40.61, becoming the 9th fastest performer in history and going a time faster than what it took to win NCAAs the previous season.

His performances at SECs were really just an appetizer for what would come at NCAAs, as Dressel rewrote the record books once again.

On the second day of competition (after just the 800 free relay on day 1, which he didn’t swim) Dressel broke his American and NCAA Record in the 50 free on three separate occasions. He took his 18.20 mark down to 18.11 in the individual prelims, and then became the first man in history to break the 18-second barrier with a lead-off leg on the 200 free relay of 17.81.

That swim led the Gators to the win in that relay, giving Dressel the first national relay title of his career. He followed up with a earth shattering 17.63 in the individual final to win his fourth consecutive title, and also contributed a 50.62 breast leg as Florida finished 5th in the 400 medley relay.

He was back at it on day 3, registering the fastest 50 free relay leg in history in the morning in 17.30, and then became the first man ever under 43 seconds in the 100 fly as he won his second straight title in a time of 42.80. This coming just 16 months after Tom Shields became the first man under 44. He closed the night out with a 17.37 anchor leg as Florida took 3rd in the 200 medley relay.

Dressel swam four 100 freestyles on the final day of the meet, becoming the first man to break 40 seconds in the individual final in 39.90, one year after stopping the clock in 40.00. A 40.25 third leg helped the Gators to a runner-up finish in the 400 free relay, capping an incredible 14 races for Dressel in just three days.

With four in his final season, Dressel finished his collegiate career with ten national titles, finishing off what could be considered the greatest NCAA career and single season performance of all-time.

Are we sure? He only won the 50 at NCAAs by a second and set 5 American records, seems like there should have been more debate.

Seliskar for this season. Heard it here first

Gotta get past Haas