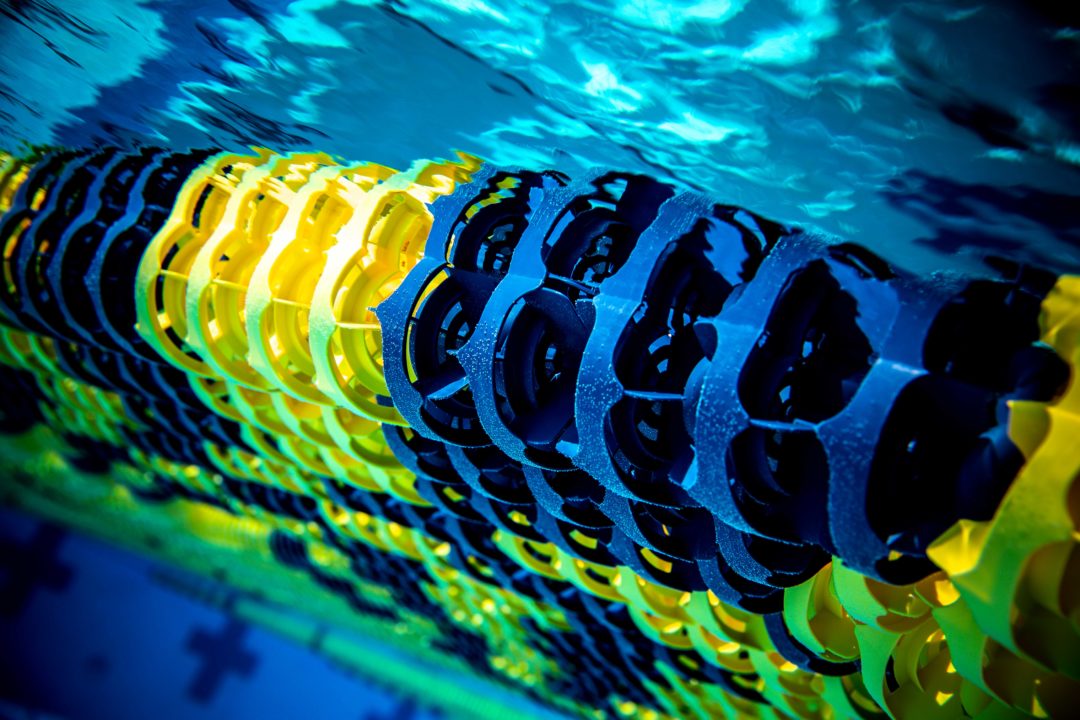 Battaglia's result on Saturday in the 100 fly moves him into 7th place all-time in the 100 yard fly among American 13-14 boys. Stock photo via Jack Spitser/Spitser Photography

14-year old Lucca Battaglini didn’t win either of the two races that he swam on Saturday at the TAC Titans’ Challenge Invitational Meet, but he still was among the top performers on day 2 of the event.

Battaglini, who swims for Club Kick Start, has swum 4 best times in 4 races so far this weekend. His national ranks among 13-14 American swimmers, both this season and all-time, in each event are below:

Among those swims, several were also North Carolina LSC Records in the 13-14 age group. The 50 free swim broke the record of 21.19 that was previously set by Michael Ivy in 2016. Ivy, incidentally, who is now 19, was the only swimmer on Friday who beat Battaglini in the 50 free, swimming 20.58.

Battaglia also broke the LSC’s 100 fly record of 49.41, set back in 2003 by Ricky Berens. Berens went on to become a two-time US Olympian and 2-time Olympic gold medalist.

The swimmer who beat him in one of those races, the 100 back, was Lance Norris of the TAC Titans. Norris also swam a best time of 49.38. That was one of two wins for Norris on Saturday, following a 1:39.34.

In 13 total swims at 3 meets over the last month since TAC Titans began racing again, Norris is a perfect 13-for-13 in personal best times, including multiple best times in the same events.

Other Winners and Notable Results