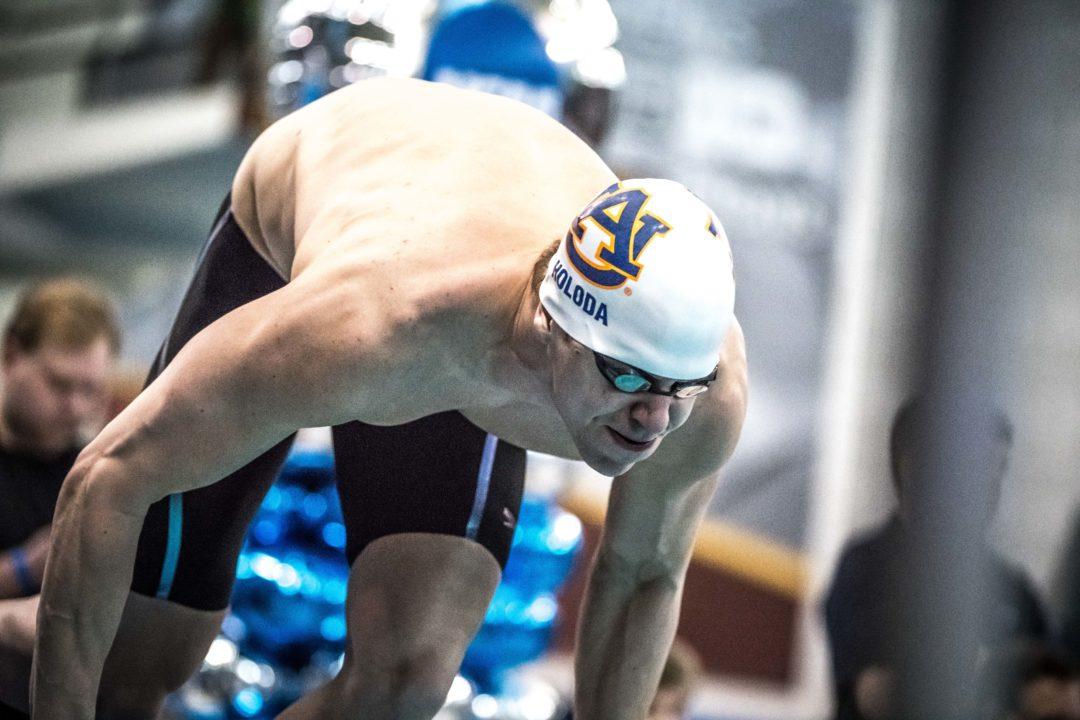 Danson joins Penn from the University of North Carolina, where he served as the volunteer assistant coach for the Tar Heels’ for two years.

Péter Holoda, a 24-year-old world champion bronze medal swimmer for Hungary, will be continuing his preparations for the Tokyo Olympics with American coach Shane Tusup.

Holoda’s decision is supported by the sprinter’s club, the Debrecen Sports Center, and the Hungarian Swimming Association. The two will begin working together on Monday, September 14th.

Holoda was a member of the Hungarian 400 free relay that earned a bronze medal at the 2017 World Championships. Earlier in his career, he also won a pair of international medals at the 2014 European Junior Swimming Championships, where he took bronze medals in the 100 free and 50 fly.

Last summer, he was again a relay-only swimmer on the 400 free relay, swimming as part of the finals group that placed 7th. His 48.53 split was the 3rd-best on the Hungarian finals relay.

Tusup is best known as the coach of Katinka Hosszu, to whom he was then married, when she developed into a global swimming superstar and won 3 Olympic gold medals and an Olympic silver medal.

After the two split up in 2018, both personally and professionally, Tusup spent a season competing on the professional golf long drive tour.

Tusup returned to swimming in the summer of 2019 with his “Olympic Dark Horse” project that saw him working with Italian IMer Ilaria Cusinato, a 19-year old Europeaan Championship silver medalist.

That group eventually grew to include a handful of swimmers, but would eventually fall apart. Tusup’s most notable trainee now is Liliána Szilágyi, a Hungarian 200 fly silver medalist.

Holoda has stated that he has desired to work with Tusup for years, but the two have never had the opportunity to collaborate. Holoda will still continue to compete for the Debrecen club.

Holoda expresses his excitement for this change: “When we ran into each other in competitions and talked, Shane was always very supportive, I got valuable advice from him. The joint work could not have come about at the time, partly because of my American university studies and sometimes because Shane did not take on more students at home. However, the postponement of the Olympics reaffirmed in me the idea that I should reach out this time about the possibility of working together. My club, the Debrecen Sports Center and of course the association helped me a lot in setting it up, as they gave me the green light to ask Shane to work as my coach.”

Holoda feels confident that they have enough time to prepare for the Olympics, even though Tusup has not worked with a sprinter before. He states, “I consider Peter a world-class sprinter who has all the talent to achieve great results. I think that together we can create something really big, one that we have never seen from a sprinter in Hungary before. ”

The pair is hoping for an Olympic qualification, as well as the best possible Olympic ranking.

In 2019, Holoda was the 6th-fastest Hungarian male in the 100 free, swimming a flat-start 49.38 at the Hungarian Swimming Championships in March.

Peter will do very well under Tusup, who is one of the most exciting coaches of the era. Love a coach who can stir the pot a bit. Swimming needs the excitement.

Does this guy makes his swimmers make announcements?? I wonder if there’s any image agreement they have to sign

If you were a professional athlete trying to make a career as a swimmer, how hard do you think someone would have to twist your arm to do something that gets you a headline on SwimSwam, and La Gazetta, and several local Hungarian newspapers?

I do think that Tusup has a different drive for professionalizing swimming than do most American swim coaches, who are so hyper-focused on performance. We saw that with Katinka. So I would suspect that any swimmer who went to train with him would understand that ahead of time and be on board with it.

I’m glad I didn’t have to comment that first

Yes, he is the best and can reach the final with 47s. I think Szabo will be the 2nd, individually Kozma will swim perhaps only 200, so the others will be relay only swimmers in 100 free.

I wonder if they’ll have a relationship too.

Shane will do anything to increase followers/views