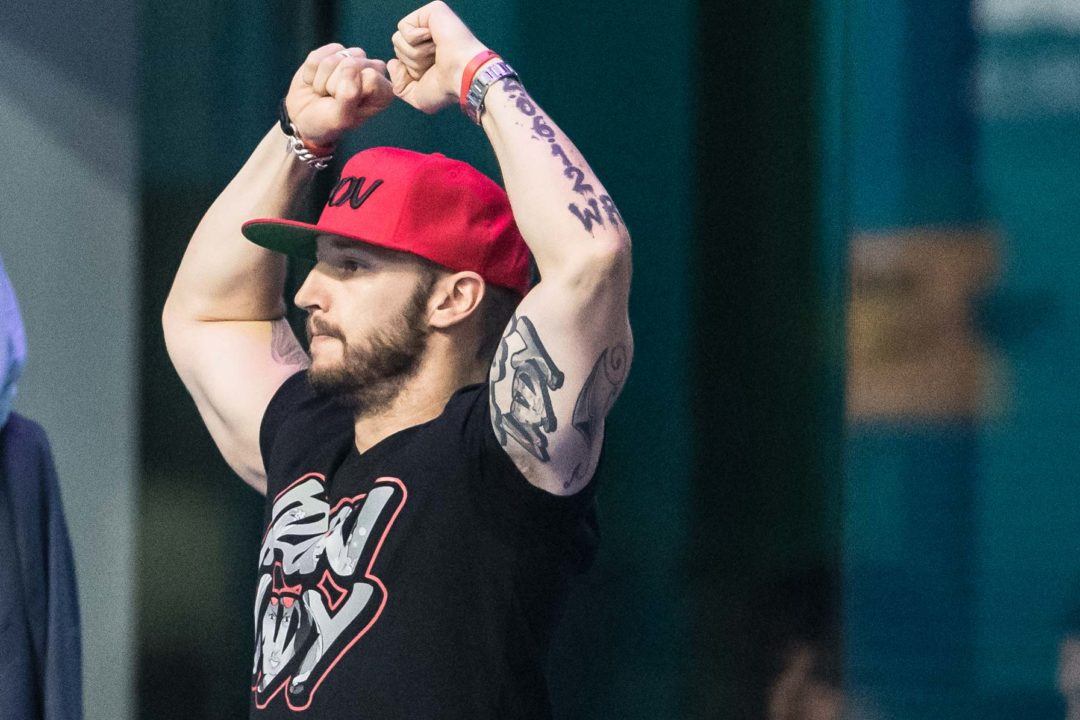 Shane Tusup returned to deck as a swim coach on Monday for the first time in over a year. He's in Italy, where he'll train Ilaria Cusinato toward the Tokyo Olympics. Archive photo via Mike Lewis/Ola Vista Photography

Tusup arrived in Italy on Saturday along with 15-year old Hungarian swimmer Zsombor Bujdoso, who he will also be mentoring in the city of Cittadella. Tusup’s first day back on deck coaching was Monday.

The arrival in Italy also came with the arrival of the first official episode of Tusup’s new YouTube series “Olympic Darkhorse,” where he plans to chronicle the journey of the trio toward the 2020 Olympic Games.

In Episode “0” last week, Tusup announced the plans for the new project. The 31-year old revealed that he would coach 19-year old Italian swimmer Ilaria Cusinato for at least the next year.

The video focuses on Tusup and Budjoso’s arrivals in Italy.

Most of the video is filler, including a longer-than-necessary clip of Tusup explaining the rules of backgammon to Bujdoso, but the most interesting moment of the video came at the end where Tusup was explaining to Cusinato his plan, in broad terms. To paraphrase, at first, they will focus on her strengths, because they “don’t have time” to eliminate her weaknesses. Then as they go, they will slowly eliminate her weaknesses.

Tusup became famous as the coach, and husband, of Hungary’s most decorated swimmer Katinka Hosszu: a 4-time Olympic medalist. The two underwent a messy public split in late 2017 and into early 2018, and Tusup tried his hand on the World Long Drive Association tour: a competition for golfers who compete to see who can drive the ball the furthest.

That girl looks so much like Katinka…if she were my daughter I would have concerns.

Why do people hate this guy so much? He seems to be a bit of a blowhard, but other than that he just seems like a passionate dude. Katinka is the one who absolutely screwed him over.

He’s got her world records tattooed on him. That’s just weird.

I really hope something has been established to keep tabs on the well-being of these kids….

Coaches making it all about them just sends massive alarm bells… I just think we should steer clear of any coach that seems more interested in their your own celebrity than doing the best by their athletes. And, you know. Just Shane Tusup in general.

so much about traveling, nothing about coaching

While that may be true I’m sure he pocketed a decent amount of cash from Katinka’s success in Rio and the Iron brand.