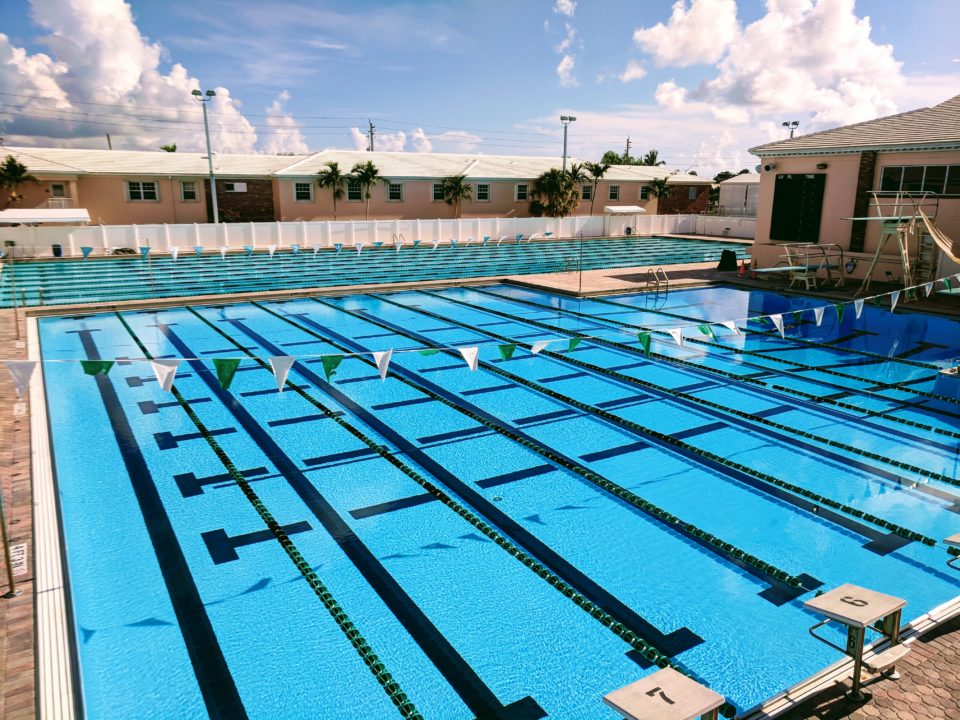 Pine Crest Swim Team's Intrasquad meet saw some fast swims this Saturday, with Julia Podkoscielny on top with a PR in her 200 backstroke. Archive photo via Team Unify

The Pine Crest Swim Team hosted an intrasquad this morning, and Julia Podkoscielny came out on top, placing first in each of her four events.

Podkoscielny dominated the girl’s 200 backstroke, clocking a 1:55.39, over three seconds faster than her previous best time of 1:58.59. Her new best time moves her up to 62nd all-time in the 15-16 age group and is also a Florida Gold Coast LSC record. The previous record-holder was Tasija Karosas (1:56.33) and hadn’t been broken since 2011.

Podkoscielny’s dad, Mariusz, is the head coach of Pine Crest Swim Team and was a two-time Olympian for Poland. In the 1988 Games, he finished 5th in the 1500m and 400m freestyle, and swam at the collegiate level for the University of Arizona.

While this was a club intrasquad, Julia’s breakout swim has implications for the Florida High School season as well. Over the summer, Pine Crest, the defending 2A State Champions in Swimming & Diving, announced that it would not have fall sports seasons this year. However, on September 1st, the school said that while it would compete as an “independent” team and thereby skip the FHSAA post-season for most fall sports, that there was a “possible exception” for the swimming & diving program. Marius Podkoszielny told SwimSwam today that Pine Crest will compete in the FHSAA state series after the league lifted any requirement for regular season dual meets – meaning they’ll start the season with their District Championship meet.

Great swim in a beautiful environment.

Congratulations, Julia! What a beautiful swimmer and such a nice girl!