Indiana University Breastrokers Do The “Red Band Challenge” At Practice 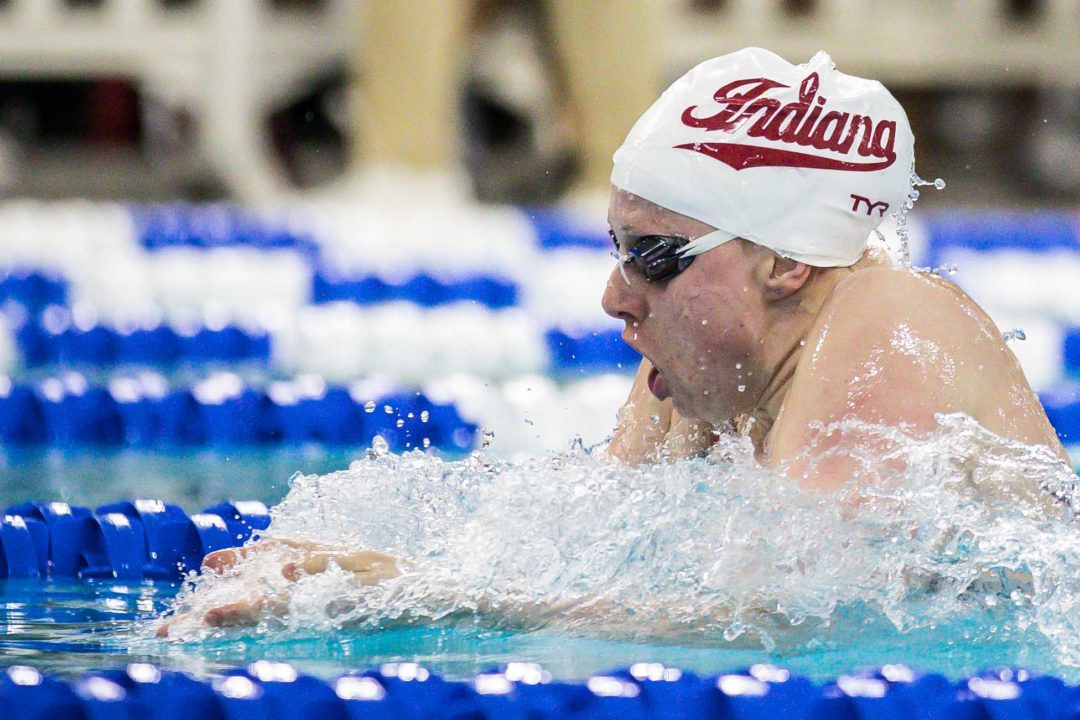 The Indiana University Hoosiers took on the red band challenge this Tuesday in the breaststroke group, testing their strength. Archive photo via Jack Spitser/Spitser Photography

On Tuesday, the Indiana University breaststroke team was put to the task to complete the “red band challenge” at practice.

The set was 20 25s on a 1:15 interval, using the red band, which is “the hardest band you can have.” The challenge for the swimmers was how many 25s could they make, using either fins and paddles, or just swimming.

After coach’s explanation, the video shows the team beginning the set. Zane Backes pushes off the wall closest to the camera, next to him being Gary Kostbade, and Brock Brown in the next lane over.

Lily King and Tristan DeWitt push off the wall next, King just out touching DeWitt at the end of the lap.

Zane Backes, Gary Kostbade, and Brock Brown go for another 25, accompanied by Max Reich. After a few more heats, Mackenzie Looze’s 25 is captured on camera, being the only one in her group to make it the entire lap.

The video then jumps to Bailey Andison and Laura Morley getting ready to push off the wall, followed by Bailey Kovac finishing strong to the wall.

Toward the end of the video, Tristan DeWitt, Jassen Yep and Lily King race, cheered on by their teammates. Brock Brown’s last 25 marks the end of the completed challenge.

Going for herd immunity in the transfer portal.

Tune in next time for Red Transfer Portal Challenge

Lily not in Budapest?

This is awesome! I love Indiana and the GOAT, Ray Looze!

2 more Hoosiers to the portal. A sophomore and a junior

Any clue on who?

Will Gallant and Jakub Karl.