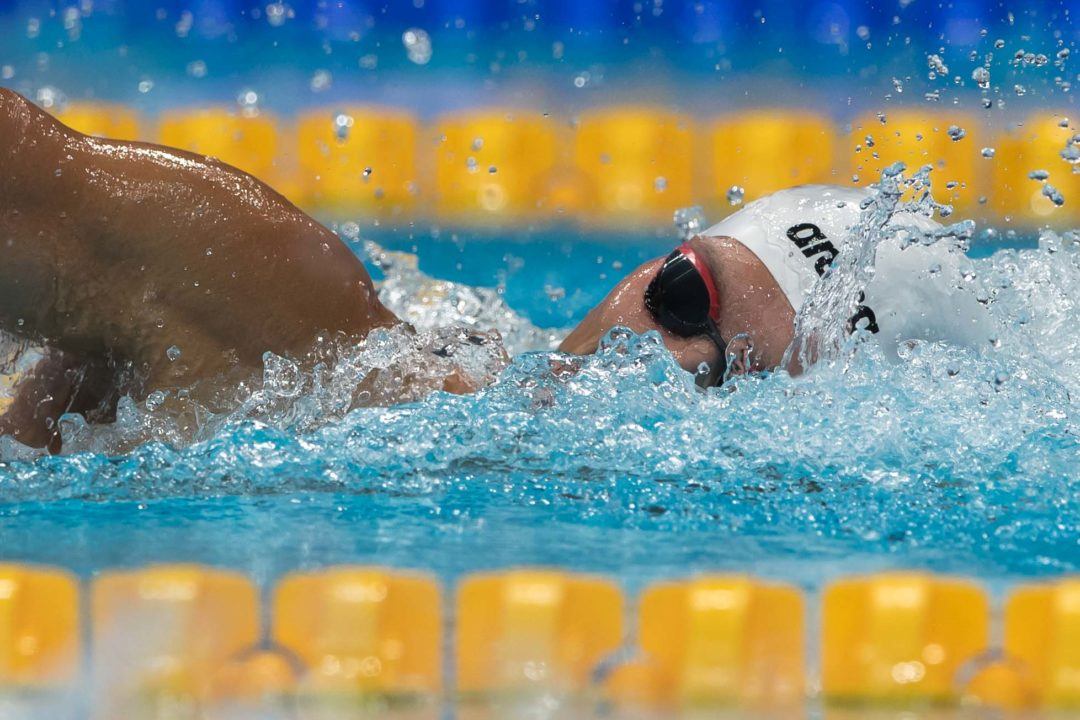 Wojciech Wojdak and Aleksandra Polańska will have a shot tonight at defending their 2019 titles but will each be faced by a tough field. Current photo via Mike Lewis/Ola Vista Photography

Racing continued at the 2021 Polish Swimming Championships on day 3 with the men’s and women’s 400 freestyle, 200 backstroke, and 50 butterfly. The event serves as both Poland’s national championship meet for 2021, as well as the final selection meet for their Tokyo 2020 Olympic squad.

In the women’s 400 freestyle in was Aleksandra Polańska posted a 4:22.99 to earn top seed over Klaudia Tarasiewicz‘s 4:23.15. That swim for Polańska was a little bit slower than her own season-best of 4:15.55 which she set earlier this year. Like Wojdak, Polańska’s will have a shot at repeating a win in the event title from 2019 when she became Polish champ with a 4:15.17. Aleksandra Knop rounded of the top 3 in the prelims with a 4:23.73.

It was Jakub Skierka‘s 2:00.31 who had the quickest 200 backstroke for the men as he neared the 2-minute mark and just out-swam Radoslaw Kawęcki‘s 2:00.67. The 2 will go head-to-head tonight during the final as Kawęcki tries to defend his 2019 title and Skierka looks to pick up his first national title. While racing each other, they will also be gunning for the FINA A standard of 1:57.50 to earn Olympic consideration. Mikołaj Malec will head into the finals as third seed with a 2:01.33.

The third event of the day will be the 50 butterfly in which Konrad Czerniak and Anna Dowgiert posted the fastest morning swims of 23.31 on the men’s side and 26.53 on the women’s side. That same duo took gold in the event back in 2019 as Czerniak took gold with a 23.57 and Dowgiert a 26.55.