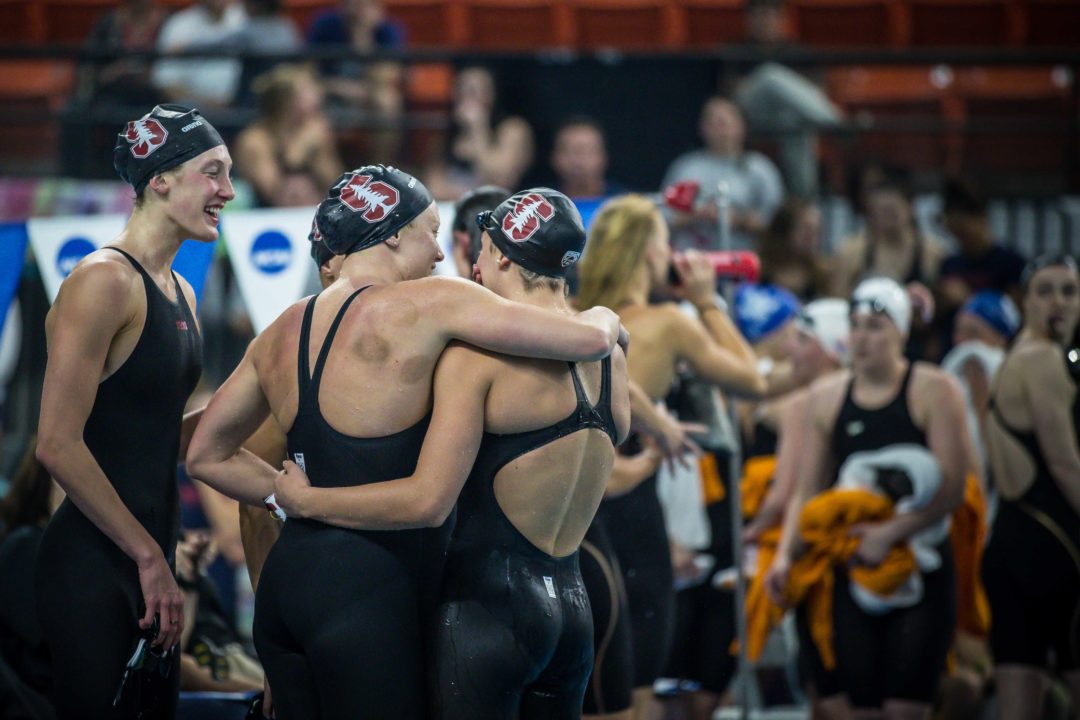 The Stanford Cardinal picked up their first event win of the 2019 Women’s Division I NCAA Championships Wednesday night, throwing down a new pool record in 6:47.22.

“I’d like to say it was a victory lap,” Forde said in a post-race interview.

The team laughed it off right away – we’ve all been there, or at least been nervous about being there.

Watch the relay, plus the bonus 50, below:

Hilarious photo of the reaction to Forde from the Stanford sideline:

is that not a DQ?

The only thing you could call her on would be delay of meet, and since it was the final heat, that’s not going to happen.

IIRC, freestyle doesn’t specify a body part that has to hit the wall first, unlike the other strokes.

I am always blown away at how tall ruck is. That picture makes her look like a senior group swimmer in a relay with age groupers.
I am excited to see her that fast, NCAAs are always so exciting

Will you guys be recording all of the finals race videos this week?

Why dump on Tennessee? Tennessee is really good and almost scored. It is an honor just to compete at NCAAs.

Clearly the stress of two big emotional meets in a 4 week span was detrimental to the Lady Vols. Can’t expect them to get emotionally ready for two big meets so close together.

Ruck looks like she’s in amazing form here. I’m excited for this week.

Yea, it looks like she brought her “A” game. If so, it should be fun to watch.