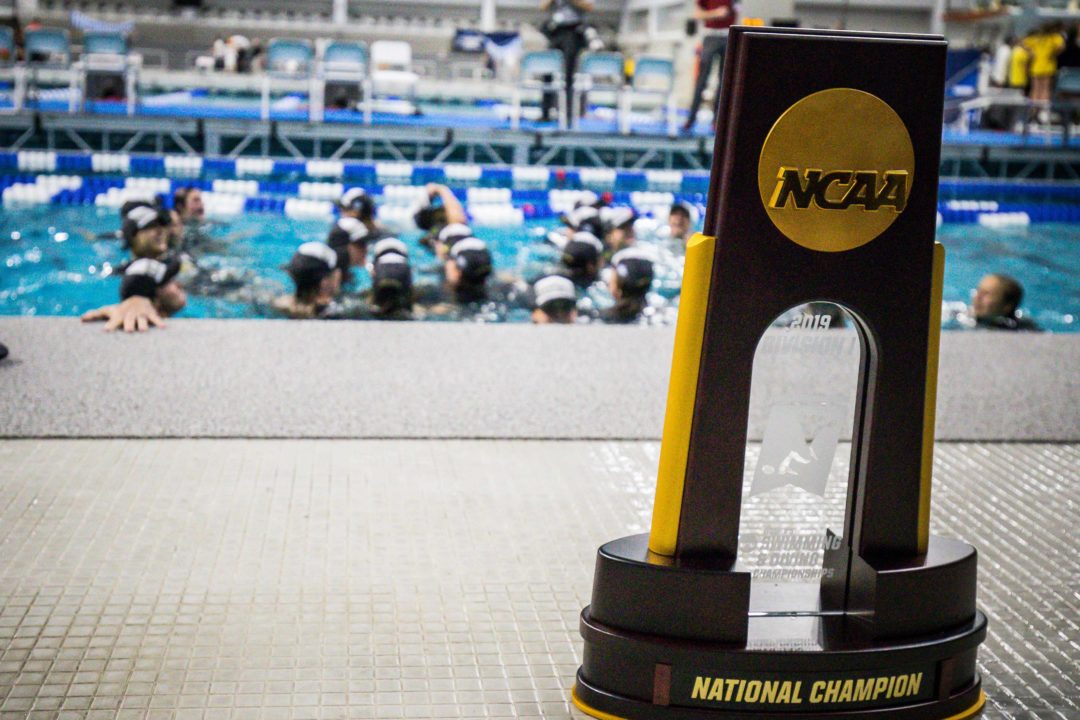 The Stanford women earned their 3rd-consecutive team title at the 2019 NCAA championships, extending their all-time total to 11. Current photo via Jack Spitser/Spitser Photography

*Note: The first women’s NCAA meet was not held until 1982

*Relays count as one, diving is included