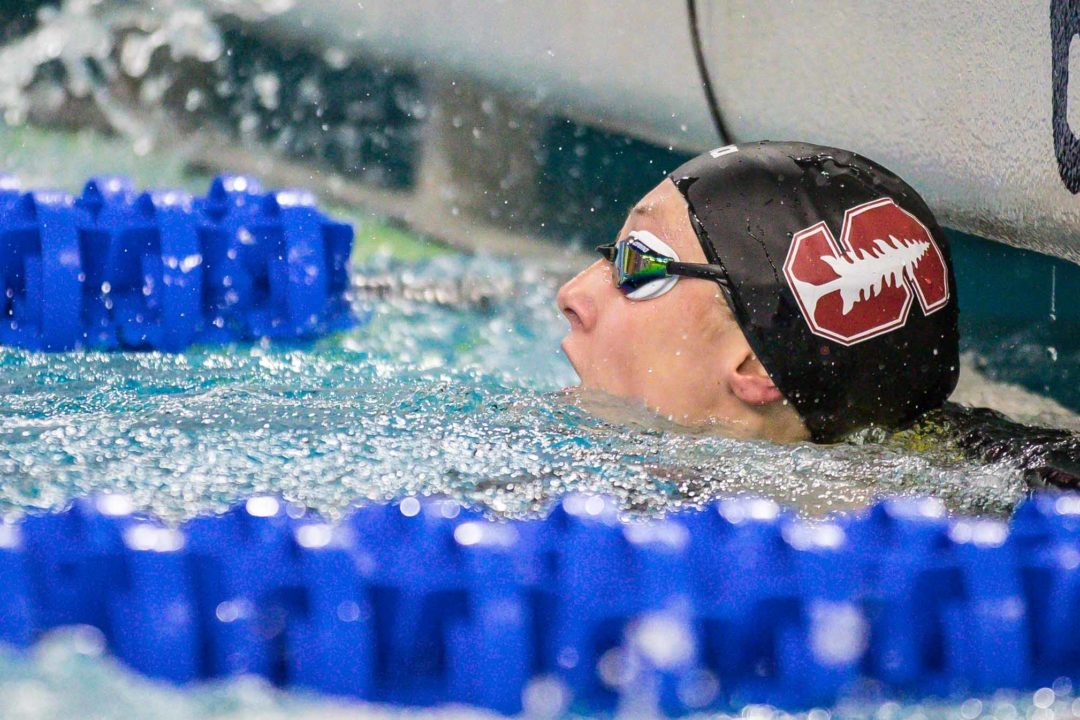 Taylor Ruck was the big freshman scorer, but all 7 of Stanford's top-ranked recruits scored at NCAAs as rookies. Meanwhile one of our honorable mentions went off for big points. Current photo via Jack Spitser/Spitser Photography

We’ve already done a deep dive into our recruiting archives, looking at how the top 20 recruits from the high school class of 2015 did after four NCAA seasons. Now it’s time to look back at a more recent recruit ranking: the current year’s freshmen, whom we ranked in the spring of 2017, then re-ranked one year later after the close of their high school careers.

And of course, we’ll include everyone’s favorite part: which unranked recruits scored NCAA points as freshmen, both domestic up-and-comers and international prospects who competed as freshmen this year.

“Emma Muzzy didn’t score at NCAAs, but would have if she’d repeated her ACC times at nationals.”

If you’re suggesting that Kylee Alons should have felt slighted by being ranked as the 21st-best recruit in the entire country (out of thousands of high school athletes), then I’m not sure anything we write about her could make you happy.

“The only two of our top 20 not to earn individual NCAA invites (besides the two absent ones explained above) were Kopenski and Lee.”

Didn’t Easop Lee was invited to this year NCAA?

How did this class do versus previous classes?

Ruck, MacNeil and Hansson were far and away better than any of last year’s freshmen. This class was a little more consistent, too. Only one of our top 20 who was active this year missed an NCAA invite. Last year, 6 of 20 missed NCAA invites: https://swimswam.com/2018-womens-ncaas-how-did-our-top-20-recruits-perform-as-freshmen/

Did the 2015 class set a freshmen scoring record?

Hard to say – I don’t have the data in front of me from all years. Looking back, the 2015 freshman class (high school class of 2014, Manuel, Runge, Galat) scored at least 215 as freshmen, among the top athletes. The 2014 freshman class (Missy, Lia Neal, Smoliga) scored at least 198, just among the top athletes. But this year’s class did score 351.5 as freshmen – but that’s including all scoring freshmen.

Another HM of yours, that you didn’t list, didn’t not make secure an invite either.

Mackenzie Looze has so much talent.