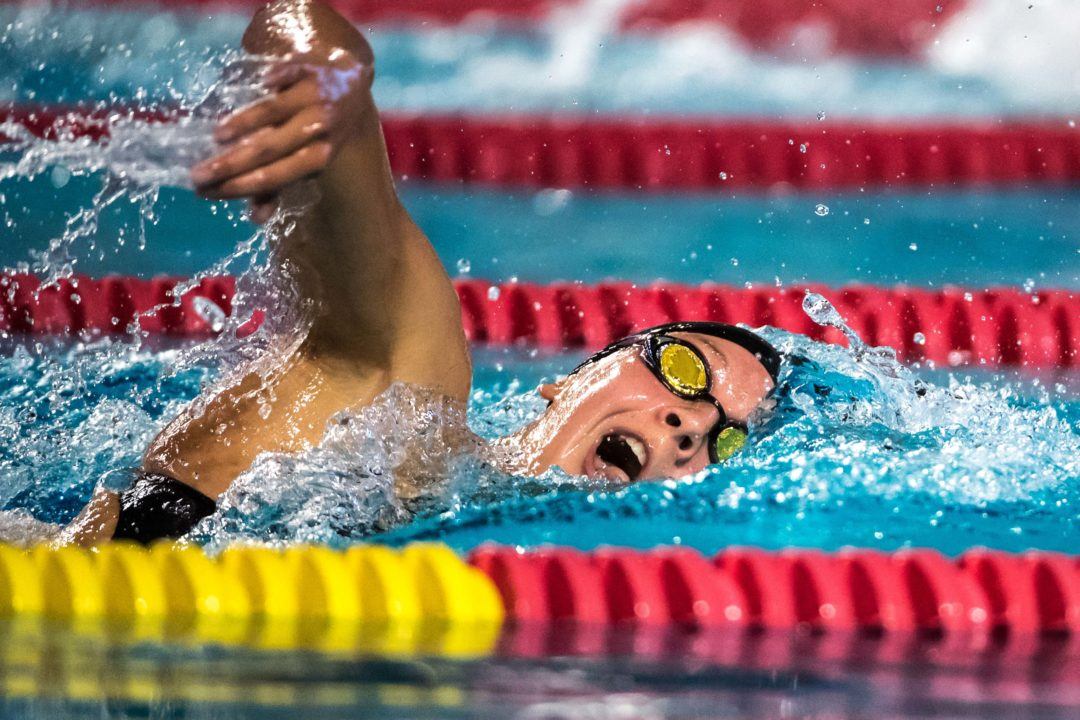 It was a veteran-dominated NCAA meet, with freshmen scoring only a third of what any other class scored individually. But how did our top 20 recruits perform in their first NCAA action? Archive photo via Mike Lewis/Ola Vista Photography

We’ve taken a pretty deep dive back into years-old recruiting ranks over the past two days, and we have one more piece of that puzzle to reanalyze. Luckily, the ranking we’ll revisit today is much more recent: how did our top 20 recruits in the class of 2017 perform as freshmen?

The ranks are from our top 20 story from July of 2016. Bear that in mind – a lot of these ranks would have changed if we had ranked them in July of 2017, after their senior years. In fact, there almost certainly would have been a different #1. Our recruiting ranks also only include domestic athletes, as international students are often hard to group into a specific recruiting class, and are generally shrouded in mystery as to when they’ll join an NCAA team, if they do at all.

And of course, we’ll include everyone’s favorite part: which unranked recruits scored NCAA points as freshmen. There aren’t many, and 6 of the 9 are internationals, denoted with an asterisk (*):

These don’t include diving or relay contributions.

Did you write an article like this after last year’s NCAAs?

Jared,
Seems to me given the difficulty in addition to the lack of points perhaps a measurement of recruits should focus on consistency. Given only 5% of college women swimmer even make an NCAA cut in any given year. Why not show the number of top recruits in a bigger sample size (maybe top 50) that have made NCAA every year?
What you are writing about is the smallest sample size of an already small sample size (listing only swimmers that have top 16 times at NCAAs). Your chart above shows the 30% of the top 20 recruits didn’t even make the NCAA cut. Show me the list of top recruits that qualified for ALL FOUR YEARS of… Read more »

CollegeSwimDad – if it’s four-year results you’re looking for, you’ll find them in the two stories linked at the top of the page.

As to your other point, with respect to the difficulty of just making NCAAs (and coming from someone who knows that difficulty firsthand!), when we cover sports at the highest level, participation isn’t a very meaningful stat. Meets are scored on points – participation at NCAAs has no effect on team scores unless you place in the top 16. (It’s similar to why we analyze football players in terms of touchdowns more often than we do in terms of games started or snaps played – the former statistic proves much more meaningful than the latter). In terms… Read more »

Courtney Harnish, ouch!! #1 recruit may have been a bit overstated!

I wouldn’t jump to conclusions. She had a great year and college and especially NCAA’s is a big adjustment. We’ll see

I’d add Abby Richter from UVA as a name to look out for. Just barely missed finals at NCAAs (I believe she was 1st alternate in the 200IM if I remember correctly), and she did a phenomenal job at ACCs, dropping time for the first time since her Junior year of high school.

My guess is there are some sleepers in this cohort. Seeing a trend towards swimmers, even girls, peaking a bit later than before. Some of these women might explode in the points over the next 3 years.

Great job by Carol and Roric in Texas. If sickness hadn’t hit at the wrong time, they would have had two swimmers in the A final of the 500 free. Congrats to Evie.

Maybe. Or even a healthy Evans could have missed the 500 finals completely just like Commerford. No guarantees anywhere.