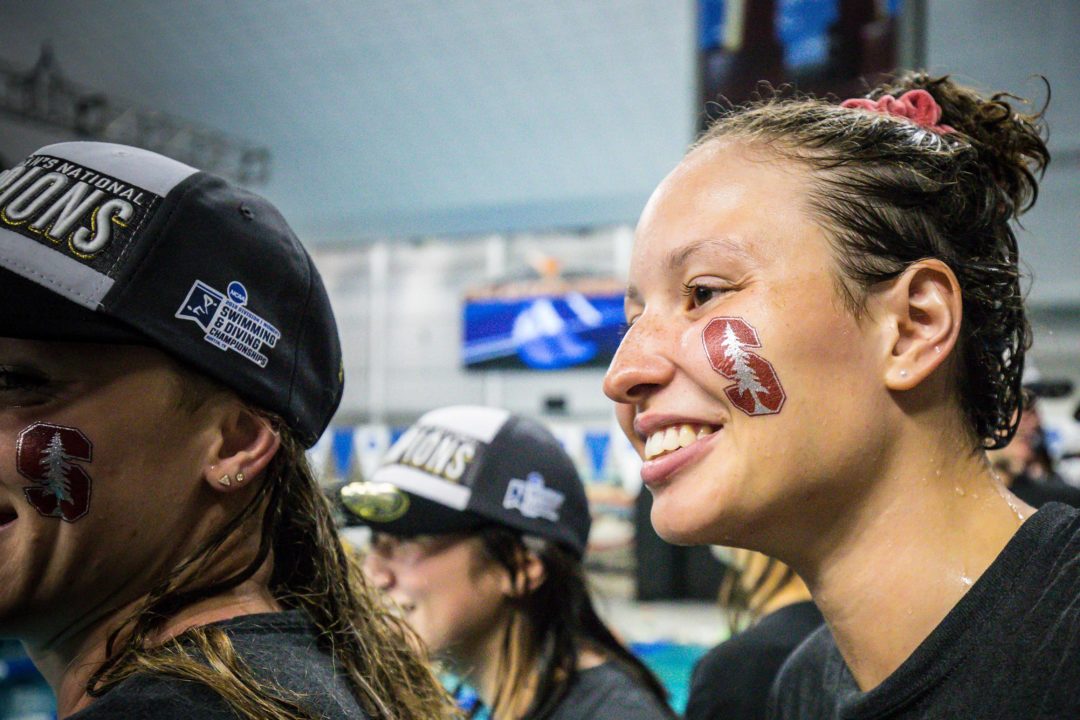 Although the last 2 years have been blowout wins for Stanford, the senior class remembers an NCAA's 3 years ago similar to this one where every swim and every point could mean the difference between 1st and 2nd Current photo via Jack Spitser/Spitser Photography

Stanford won its third consecutive title tonight, but it was much closer than the previous two wins. The final margin was 37.5. Stanford scored 456.5 to Cal’s 419. Michigan was a distant 3rd with 314.