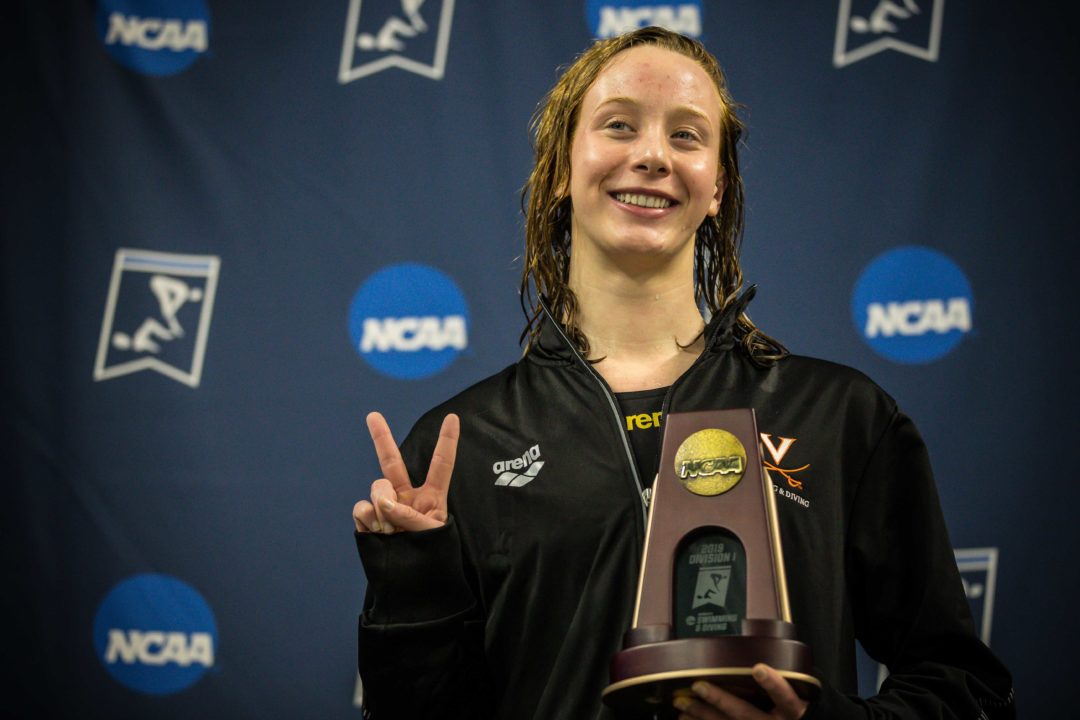 Stanford won their third straight NCAA title relatively comfortably, but during the meet all the buzz was about how well the Cal women were performing. Current photo via Jack Spitser/Spitser Photography

Stanford won their third straight NCAA title relatively comfortably, but during the meet all the buzz was about how well the Cal women were performing. Comparing swimmer’s individual points to their scores from last year reveals why. Returning Stanford swimmers scored 1.5 more points than they did last year. Returning Cal swimmer had a net gain of 61 points, the most of any team that finished in the top 10. (This analysis only considers swimmers that qualified for this year’s meet.)

The other big gainer in the top 10 teams was Virginia who were +56 overall. They were led by Paige Madden who went from not scoring last year to scoring 38 points this year. They also got a big jump from Morgan Hill who was +13 (18, 5).

There were plenty of other big point gainers across the top 10 teams.