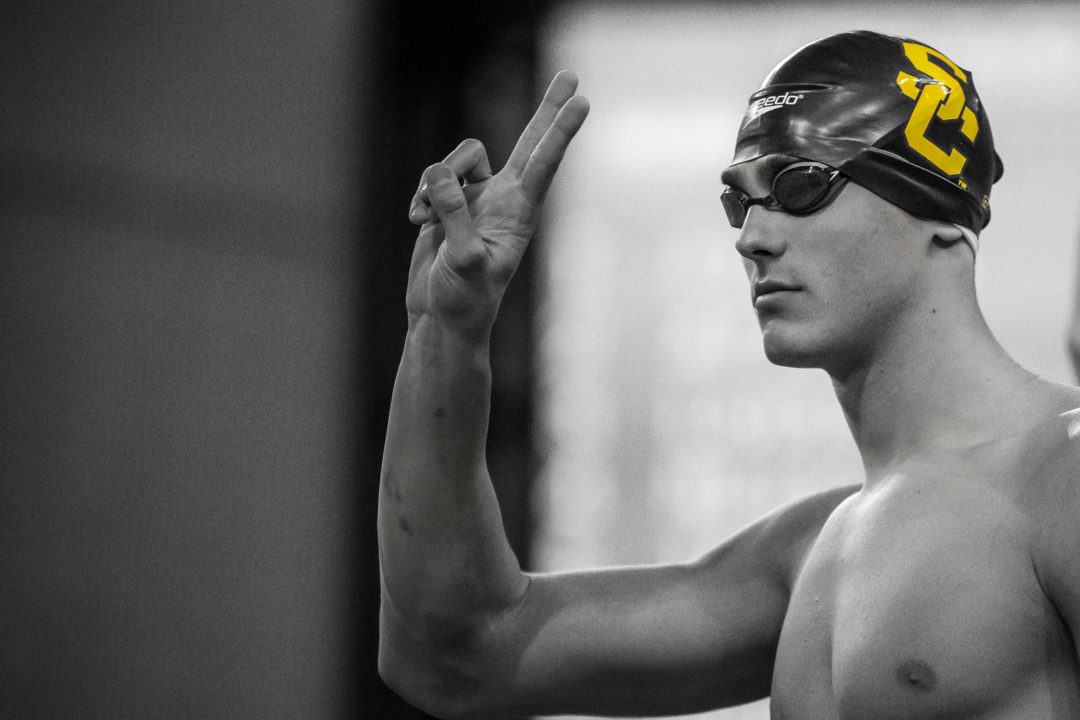 USC redshirt senior Nikola Miljenic hit a lifetime best time of 42.25 in the men's 100 free prelims to take over the top spot in the 2021-22 NCAA rankings. Archive photo via Jack Spitser/Spitser Photography

A pair of USC men put up the top time in the nation during the third and final preliminary session from the 2021 Art Adamson Invitational at Texas A&M, as the Trojans set themselves up to push for both team titles in tonight’s finals session.

In the men’s 100 freestyle, redshirt senior Nikola Miljenic put up a time of 42.25 to chop a full half-second off the fastest time in the country this season, surpassing Mizzou’s Jack Dahlgren (42.76).

In addition to taking over the top spot in the NCAA, Miljenic, a native of Croatia, lowers his personal best time of 42.56 set at the 2019 Pac-12 Championships.

LSU junior Brooks Curry, who beat Miljenic head-to-head in the 50 free final on Wednesday night, qualified second in 42.86, taking nine-tenths off his season-best set in October (43.76).

Dillard, who did not compete for the Trojans during his freshman year, had a previous best time of 1:54.74 set in December 2019.