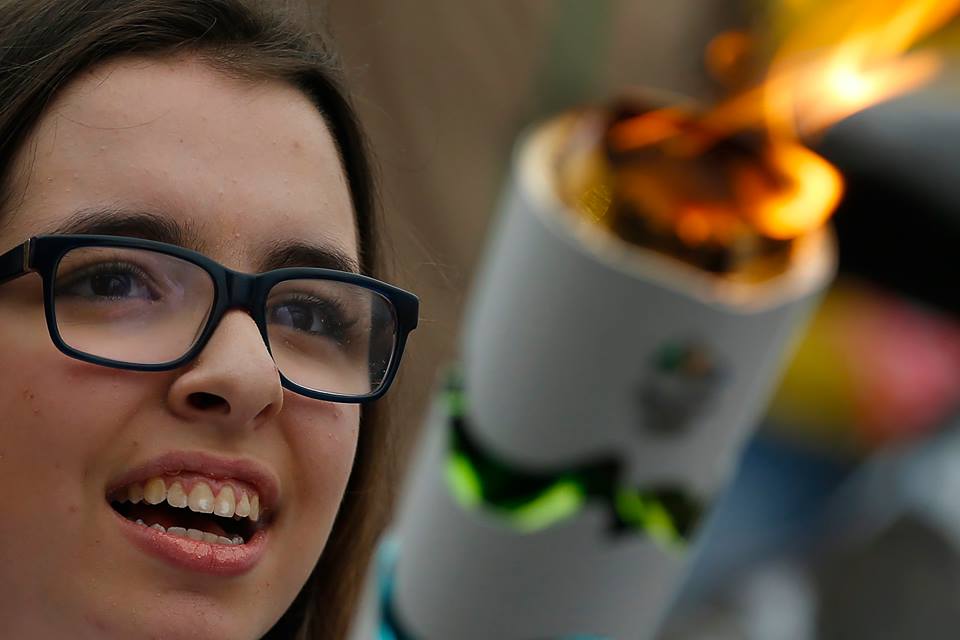 The BBC is reporting that the United States Anti-Doping Association (USADA) said that the International Olympic Committee’s (IOC‘s) decision not... Current photo via Rio2016/Marcos de Paula

The BBC is reporting that the United States Anti-Doping Association (USADA) said that the International Olympic Committee’s (IOC‘s) decision not to implement a blanket ban on Russian athletes is a “significant blow to the rights of clean athletes.”

“Many, including clean athletes and whistleblowers, have demonstrated courage and strength in confronting a culture of state-supported doping and corruption within Russia,” said USADA chief Travis Tygart to the BBC. “Disappointingly, however, in response to the most important moment for clean athletes and the integrity of the Olympic Games, the IOC has refused to take decisive leadership.

The decision not to allow previously-banned athletes, in theory, will rule out the possibility of competition from world champion Yulia Efimova, though some think FINA will still allow her to compete. Efimova was suspended in 2013 for 16 months after a positive doping test.

The criteria also counts out Yulia Stepanova, the Russian track star and whistleblower who first brought light to the country’s systematic and state-sponsored doping. Stepanova was also suspended in 2013 for a positive doping test.

“The decision to refuse [Stepanova] entry into the Games is incomprehensible and will undoubtedly deter whistleblowers in the future from coming forward,” said Tygart to the BBC.

it is historical fact that US athletes have been busted for doping more often than the russian athletes; just look it up… also leaves one wondering what the results would be should an international institution conduct tests on american dopers instead of the domestic agency…

I understand that the Russian situation is far more broad reaching. But I really wish USADA would just keep it’s head down and be quiet.
As long as USA Track and Field are allowed to boast the 2 biggest dopers on the planet, no one in the USOC system should be saying a word against Russia.
As long as Justin Gatlin and Tyson Gay continue to be allowed to run on a track people in glass houses should not be throwing stones. These two non-repentant dopers are a blight on sports and the fact they just keep coming back like a bad skin condition is an embarrassment to the USA.
The simple fact that every time Gatlin… Read more »

The IOC does not seem to appreciate that what the Russians did is an attack on the integrity of the games. If the fans think the games are unfair, either by doping or skewed officiating, they will stop being fans. The olympics will lose their audience, and the whole show will come crashing down.

The IOC needs to recognize what this is: a threat to their existence. Moreover, if they don’t come down hard, that is an invitation for every other country with something to gain by winning the olympics, to cheat.

Russian fans love repeating that USA should clean its own house first.
But they always forget (or not) that they talk about individual cases and there are individual cases in almost all nations in the world.
They confuse individual doping cases with a state-sponsored doping.
How can you compare both if you are fair?

Which russian fans?
You are being unfair to talk about russian fans as if we all are the same

Well I am sure the Russians will win, fairly and squarely the post Rio medal reallocation tally. Russia have already had 11 London Olympic medals stripped by the IOC (oh sorry I forgot they are also corrupt :)) and reallocated (and counting) and won that “honour” for the London games.
http://www.wired.com/2016/07/happen-olympics-banned-russia/

I wonder what their medal stripping tally will be for Rio 2016 if all Russian sporting federations (based on an OK from each International Federation) are allowed to compete. I would hope that the WADA investigation would continue and that doped Russian Rio participants would have the have Rio medals stripped based on the final report.

If your deluded/brainwashed minds… Read more »

The IAAF emails were interesting reading .Lets hope this batch comes thru so we get a better idea.

Then don’t be hypocrites and let gatlin and others compete

We don’t actually break into labs and replace samples. Trying to compare us the the Russians is insulting and sad

I don’t know what you guys do but both your testing numbers & positives are way below population & logical positives (even unintentional) . 2014 – 7000 tests & 34 mini to big baddies.

That is all .In NY there would be proportionally just one fail & with NY being such an exciting place – a whereabouts? Fail would be understandable. Gone to Broadway show . OK .

After the GFC , is it credible that those who do possess athletic ability but with no other means forward , did not try & get results for money or a future even by getting cut price/ non tested supplements & thus fail?

Why does it matter how many test any country does if they remove the positive samples in the middle of the night. Russia can test 10 million times. All irrelevant tests

The global rate of positives is in the rather pathetic 1% range. The US has how many athletes under USADA jurisdiction? Even if you only choose 7000 it should be 70 + positives/ misdemeanours .

We won’t see any whistleblower come forward about any US ploys because they’d need a powerful protector .

Right he would have a far greater chance against putin

Who, as I’m sure we ALL believe, is a man of unquestionable integrity

He had already been accused of bribing athletes & sports bodies ahich makes him a felon . His accomplice is already dead so he is your expense now now. Enjoy.

Or are you referring to Bernie? Bernie would not have survived conscription in the communist years nor Yeltsin & if he did he would be dead from heart disease . Meldonium would not have saved old Bernie.

USADA should look in the mirror. US athletes have tested positive…even more have passed their weak testing. Clean your own house first….

Let’s see your proof. Oh – you don’t have any. Give it a rest. The IOC is dirty and corrupt – this just proves it.

The issue is not whether or not US athletes have tested positive (they have), but that Russia was proven to have orchestrated state-directed violation of doping rules and controls. There has never been any accusation or hint that the same happened here.

There have been accusation that USATF was covering up positive tests in the early 2000s but the same Richard McLaren (of the McLaren Report), investigated the allegation and found no such evidence;