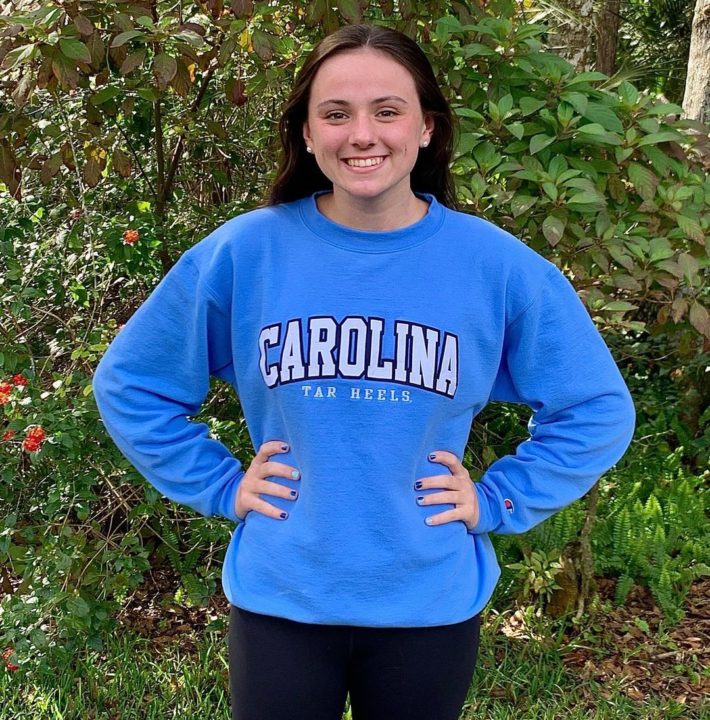 Morgan posted a season-best to take gold in the women's 800 freestyle to give Pipeline Swimming their first win of the meet. Current photo via Michelle Morgan

The 2021 USA Swimming 18 & Under Spring Cup will take place over the course of 4 days at 4 different locations including Orlando, Irvine, Des Moines, and Richmond. Day 1 of racing got underway in Orlando with the women’s 800 freestyle and men’s 1500 freestyle timed finals.

Michelle Morgan and Paige Housman lead the field in the women’s event and it came down to the wire as Morgan touched first for Pipeline Swimming with a 9:00.53 while FAST’s Housman came in just a second later with a 9:01.74.

The swim for Morgan was fast enough to take the gold medal but was not quite quick enough to beat her previous best time. Her fastest-ever 800 freestyle in an 8:48.50 from back in 2019. The swim, however, is her first time getting under 9 minutes this season, improving upon her 9:16.63 from January. Morgan has one more year of high school before she heads to North Carolina to swim for the UNC Tar Heels beginning in the fall of 2022.

For Housman on the other hand, the swim was a considerable drop from her previous best time which stood at a 9:25.31. What’s even more impressive is that the 9:25.31 PB was just last month at the Arizona PSC Sectional Time Trial.

Blue Dolfins swimmer Carlie Rose and Area Tallahassee’s Stella Grace Watts were in on the race for gold as well but ultimately fell to 3rd and 4th, respectively. Rose ended up posting a 9:02.23 for the bronze medal while Watts was a 9:02.77 for fourth place.

As for the men, Notre Dame commit Joshua Brown from Highlander Aquatic Club and Tampa Bay Aquatic Club’s Andrew Taylor were the top 2 finishers in the 1500. Brown swam a 15:48.87 for the gold medal which was a little over his personal best of 15:36.24 which he hit in 2021. Touching less than a second later than Brown, Andrew Taylor hit a 15:49.77 to claim silver for his team. Like Brown, Taylor was a little bit slower than how fast he’s been in the past, slightly trailing his PB of 15:46.55 from March of this year.

Unlike the women’s race, the top 2 men were a little further ahead of the pack as 3rd place finisher Stuart Higdon from Area Tallahassee swam a 15:56.66. Joshua Wurgler and Aidan Reagan rounding out the top 5 with swims of 16:14.95 for Area Tallahassee and 16:18.23 for FAST, respectively.

Anyone watch the boys 1500 in Iowa!! Holy camoly that Daniel Matheson lit it up! Wave 2 cut!