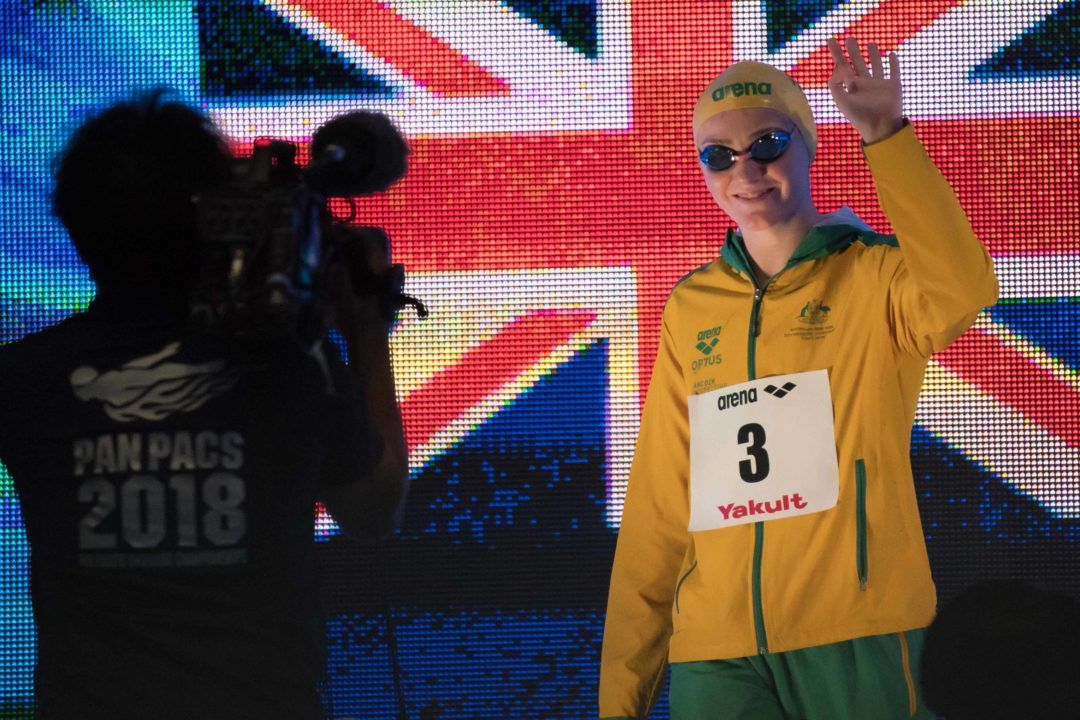 Ariarne Titmus' lead-off leg of 1:52.22 was the fastest in the field. Archive photo via Mike Lewis/Ola Vista Photography

Placing 3rd behind the Chinese and American Record setting teams in the 800 free relay, the Aussie women set a new record of their own as they went under the Oceanian and Australian National Record in a time of 7:36.40.

The team of Ariarne Titmus, Minna Atherton, Carla Buchanan and Abbey Harkin combined to break the old mark of 7:37.57, set at the 2010 World Championships in Dubai where the Aussies won silver behind the world record setting Chinese team. That team was made up of Blair Evans, Jade Neilsen, Kelly Stubbins and Kylie Palmer.

Check out a split comparison below: