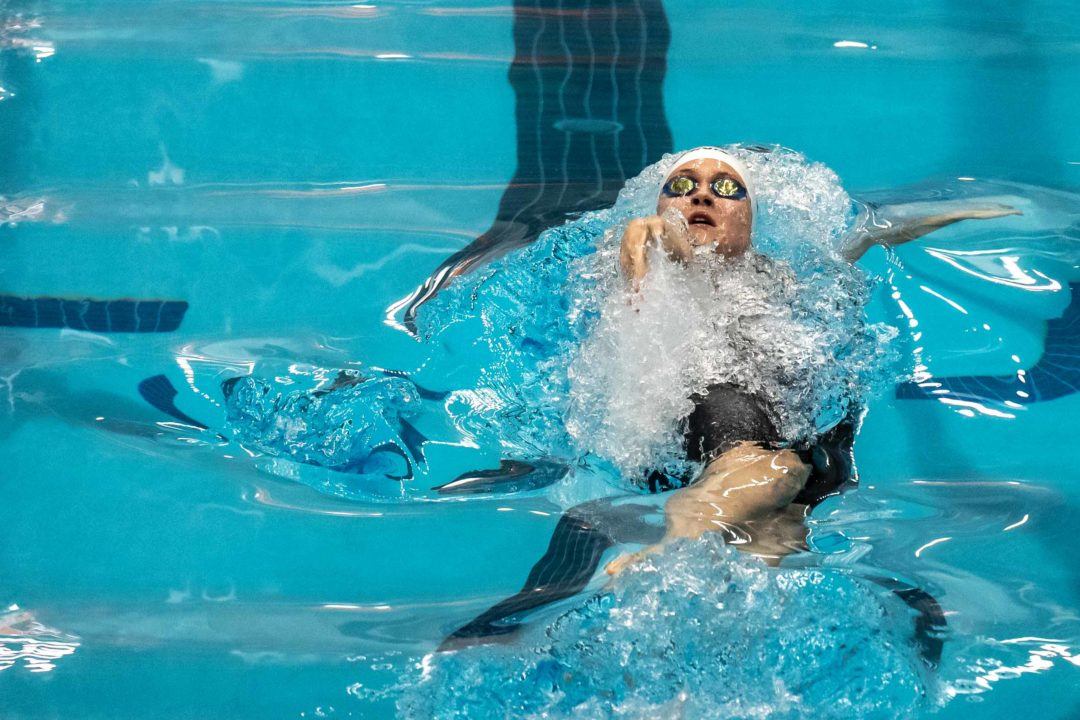 Olivia Smoliga reflects on performance at FINA Short Course World Championships and got off to a good start at Pro Swim Series in Knoxville. Archive photo via Mike Lewis/Ola Vista Photography

It’s been a busy but successful last few weeks for Olivia Smoliga.

After a tallying a record-breaking eight gold medals in a short course meet at the FINA Short Course World Championships in Hangzhou, China, Smoliga has followed that up with another win at the Pro Swim Series in Knoxville.

Smoliga said her performance in China helped keep her motivated for her future meets, such as in Knoxville.

“I felt like myself again in China. I felt like I hadn’t had the best couple years internationally and … I was really proud of myself for tuning that out and doing my own thing,” Smoliga said back in December. “My biggest takeaway [from China] it to keep the balling rolling with the momentum I created in China for my other meets just in terms of mentality in whatever race I have coming up next.”

Looking back at the FINA Short Course World Championships, one of the things she says that enjoyed most was getting the chance to swim in mixed relays with swimmers like Michael Andrew, Kelsi Dahlia and Caeleb Dressel.

“I personally think [mixed relays are] fun for the sport,” Smoliga said. “A lot of people think it dilutes the quality of the events but I don’t think that at all. I think it gets people to watch a new event. You never know what’s going to happen in a mixed medley relay. Some people are ahead, some people are behind, it makes for a more exciting race.”

Being in the ready room with her teammates for the mixed 200 medley relay made the meet and race even more fun for Smoliga in China before the relay .

“We’re at this international meet and we’re laughing the whole time back there and firing each other up,” Smoliga said. “I was one of three girls that led off from other countries and [Dressel] was like, he’s going to kill me for saying this, but he was like ‘Let’s go man eater,’ coming up with these dumb names for me just because I was racing all these dudes from other countries. He was hyping me up and he got me so excited.”

The relay team of Smoliga, Andrew, Dahlia and Dressel took home gold in the relay with a World Record setting time of 1:36.40.

Smoliga will finish out the Knoxville portion of the Pro Swim Series with the 50 free, 100 back, 200 back and 100 free over the next few nights.

Dressel seems to be a character hahah, cool dude.