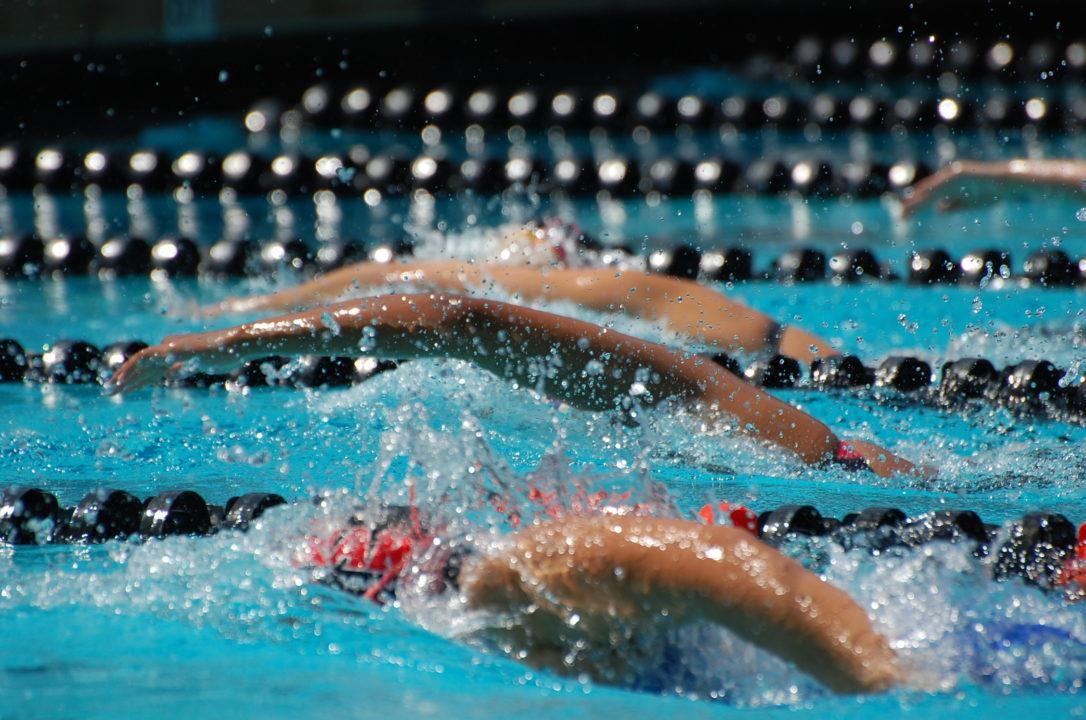 16-year-old Wang Jianjiahe wrapped up her tremendous year with an individual gold and individual silver at the 2018 Short Course World Championships in Hangzhou, despite a little mix-up in her 800 free heats. Stock photo via Anne Lepesant

16-year-old Wang Jianjiahe wrapped up her tremendous year with an individual gold and individual silver at the 2018 Short Course World Championships in Hangzhou. The 5’9″ Liaoning native took the women’s 800m freestyle in a winning time of 8:04.35 and finished less than a second behind Aussie Ariarne Titmus for silver in the women’s 400m free, earning a time of 3:54.56.

Her performances last week simply continued Wang’s breakout year, one in which the 16-year-old collected 4 golds at the 2018 Asian Games, topping the podium individually in the 400m, 800m and 1500m free while setting Games Records for all. She was also a critical component of China’s gold medal-winning women’s 4 x 200m freestyle relay, splitting 1:55.35 en route to another Games Record.

Also in October, Wang produced two short course meters World Junior Records while competing at the World Cup Series top in Budapest. She pumped out a quick 3:53.97 in the 400 and then raced a monster 7:59.44 800m free.

With a solid amount of intense racing under her belt, Wang was surprised she lost count in prelims of the women’s 800m free in Hangzhou. She wasn’t the only one, as another teen phenom in Simona Quadarella of Italy, did the same thing.

As for her 400m silver medal result at SC Worlds, Wang stated, “I’ll give myself a score eight out of 10. I am not satisfied with the result. I wanted to get my personal best.”

Moving forward, Wang says, “I’ll work hard [to break the world record]. There are many great swimmers in the 400m freestyle, so I need to improve still.

“Ledecky is my idol,” said Wang. “I hope I can compete with her one day. I have not had chance to meet her.”