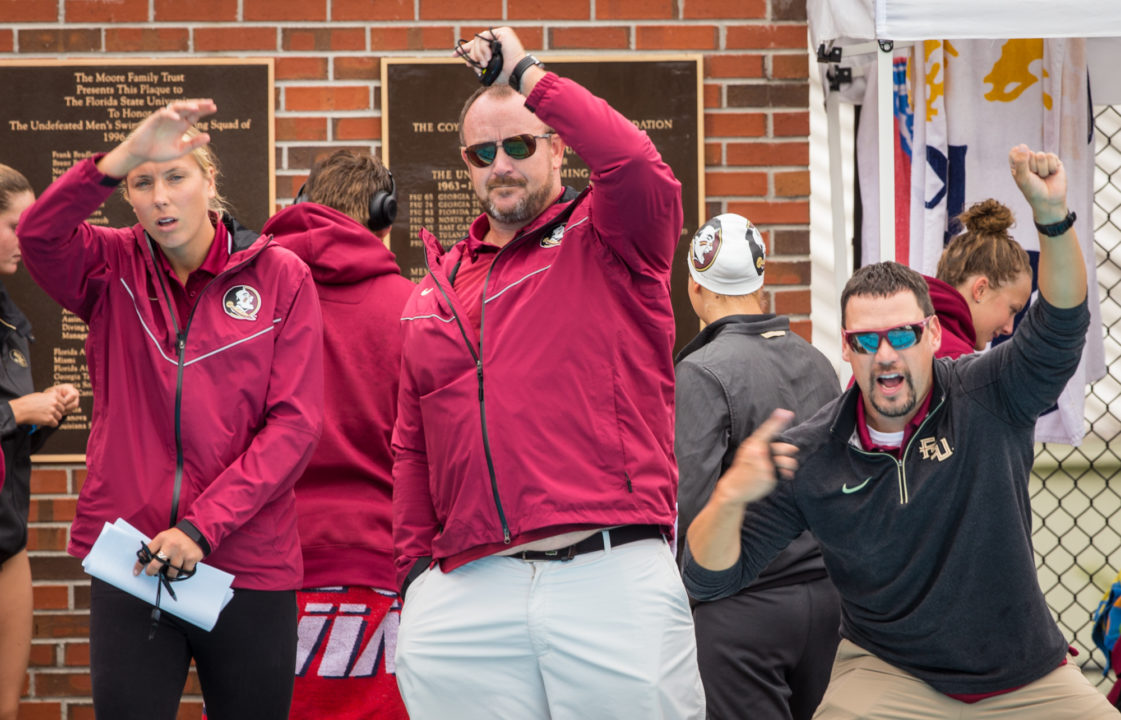 Jakub (Kuba) Książek, William Pisani, Emir Muratovic and Vladimir Stefanik all have something in common.

These four Florida State Seminoles have all swum under 50 seconds in the 100 meter freestyle at some point this year.

“It’s exciting, I mean it’s obviously off a great year that they’ve all swam fast short course but it’s a little special to be good long course as well,” Florida State head coach Neal Studd said. “I think a lot of guys out there are getting the job done short course yards but it doesn’t always transfer over.”

All four of these swimmers represent different countries too. Muratovic swims for Bosnia-Herzegovina, Pisani swims for Canada, Książek swims for Poland and Stefanik swims for Slovakia.

While Muratovic and Pisani have finished swimming at the college level, it’s clear to see how diverse the Seminoles are and how they have had success training athletes from different backgrounds.

“I think it’s huge because I think especially to these internationals guys, the knock on the US is you can’t train yards to compete long course,” Studd said. “I think we’re seeing that’s just not true. Kids are coming here and doing wonderful things.”

Even though Muratovic and Pisani represent different international countries when swimming, the two have lived in Florida since before coming to Florida State to swim. Studd said he thinks of the two swimmers as Florida kids since they have resided in the state for so long.

Some of the Seminoles even joke with Pisani and call him the ‘fake Canadian’ since he has spent so much of his life in West Palm Beach.

Each of these swimmers has been able to go under 50 seconds in different ways according to Studd. They all have different strengths.

“I would say Emir is kind of a horse power guy, he’s big, strong and very aggressive,” Studd said. “And then probably Will is in the middle, he has a little of everything. And Kuba is sort of our technician, he really is just a beautiful long stroke and distance per stroke.”

Studd is encouraged that his swimmers have been able to put up personal best times now with big meets on the horizon like FINA World Championships, World University Games and even the Olympics.

“I think at some point you’re kidding yourself if you’re going to drop crazy time in one year to make the Olympics right?” Studd said. “I think these kids need to see the process, they need to see the stepping stones. You need to see that everything is working. And that’s where we are right now.”

How does Florida legislature feel about subsidizing international swimming?

Asking the wrong person – should be asking the Football team and boosters.

Further, Emir and William both went to four years of PUBLIC high school in Florida (Ridgewood and Suncoast, respectively), so both either have citizenship or residency (pay taxes, live in the US, etc, etc).