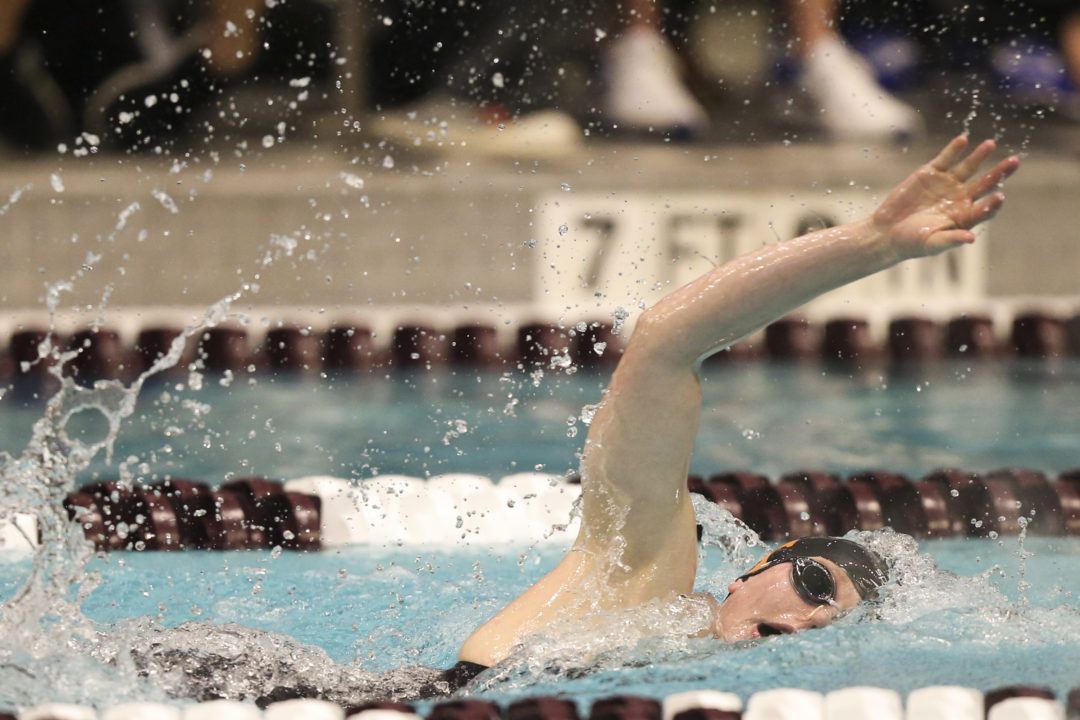 They trailed early after Leah Smith led them off in 1:55.85, and then Mallory Comerford (1:53.00) and Melanie Margalis (1:53.59) clawed their way back into the race with China and Australia before giving way to Tennessee junior Erika Brown on the anchor leg.

Brown, who earned her spot on the finals relay by virtue of her 1:55.32 split in the prelims, dove in trailing China’s Wang Jianjiahe by nine-tenths of a second and went on the attack. She cut the lead in half with an opening 50 of 25.71, and though Wang ultimately pulled away, Brown never tired and ended up with the 3rd fastest split (with a takeover) in the entire field in 1:52.86. She did overtake the Australians, who were seven-tenths up heading into the anchor leg, to solidify the silver medal.

The old American Record belonged to the team comprised of Katie Hoff, Dagny Knutson, Missy Franklin and Dana Vollmer. Check out a comparison of the splits between the two teams below:

In winning gold, China broke the Asian Record which was also set at those 2010 Championships, as did the bronze medal winning Australians with their Oceanian and Australian Record. Russia set a National Record as well in 4th, breaking their old mark from 2016. Ariarne Titmus‘ lead-off leg for Australia was the fastest split in the entire field (1:52.22).

I’d like to see the response from Brown to that.

Way to go Erika! Powered by the 🍊T!