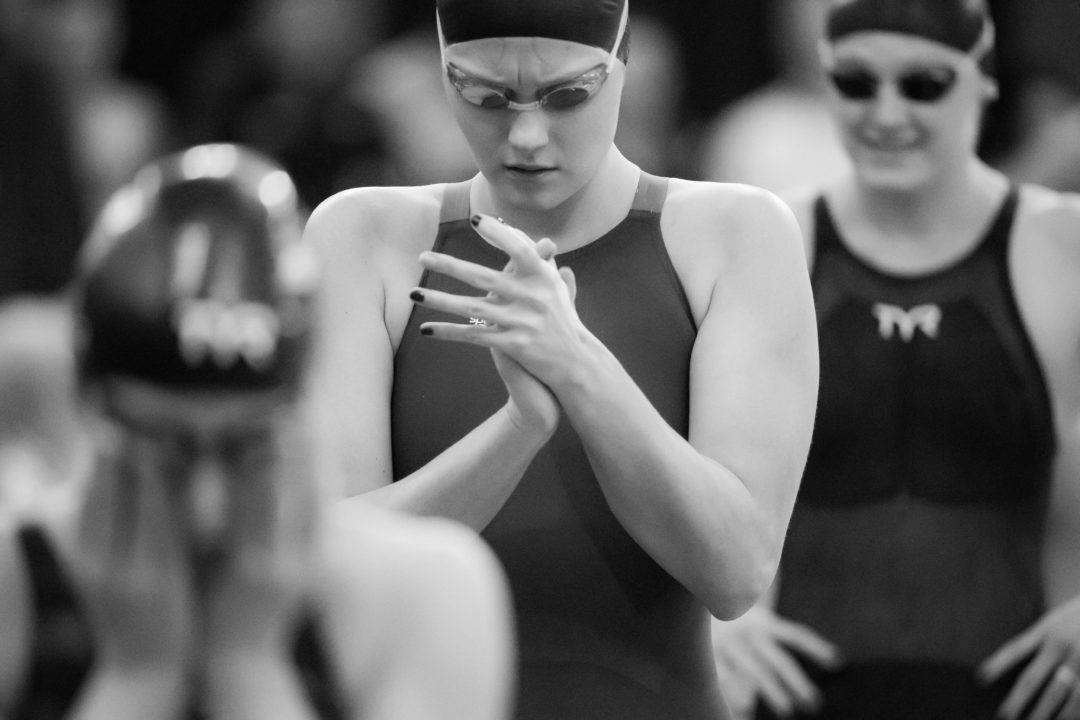 #CoughlinSquad scorers Hali Flickinger and Madisyn Cox both declared false starts in the 400 free this morning, after coming into the meet seeded fourth and twelfth, respectively. Meanwhile, #KrayzelburgSquad scorer Olivia Smoliga declared a false start in the 50 fly, after coming in with a low seed as a result of her yards-time entry.

Presumably, Cox and Smoliga didn’t swim their secondary events this morning to focus on their scoring events tonight. Cox, after finishing 3rd last night in the “normal” 200 IM, will take on the mystery IM tonight. Her scoring events are the 200 and 400 IMs. A Cox win would be huge for Coughlin’s team. Only a second separated first through third yesterday, and Coughlin’s team sits with an 8-point lead over Krayzelburg’s going into today’s finals session.

Smoliga qualified to swim the 50 back shoot-out tonight, which means she could potentially swim that event three times more times. Smoliga is scoring for #KrayzelburgSquad in the 50 and 100 back.

Cox’s Coughlin teammate Hali Flickinger no-showed the same heat of the 400 free this morning, though she has no other swims tonight. Flickinger was the highest seed of the three DFSes, coming into the meet fourth.

Just not into the whole #swimsquad thing, sorry.

DFS’s, meet no shows, going home, scratching finals , I’m not impressed. I thought the new format was supposed the prevent some of this stuff. Same old problems with mid season Pro Series. Lipstick on a pig.