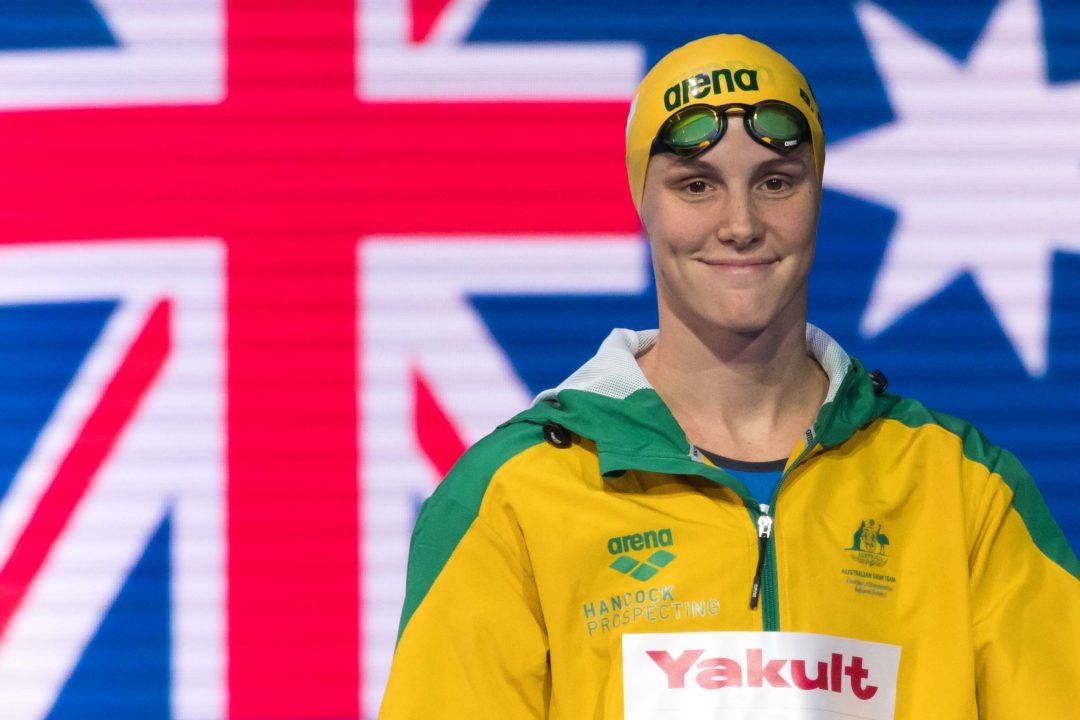 We’re back this week with swimming’s TopTenTweets presented by Arena, where we round up the best of the swimming Twitterverse. Current photo via Mike Lewis/Ola Vista Photography

Legend has it that this the dog the named the ‘doggy paddle’ stroke after.

I'm going to tell my kids this was Michael Phelps pic.twitter.com/3GyCXkUMlY

Shout out to Tay!

Are you fired up? @_reecewhitley is.

If you weren’t fired up before this video, you definitely were after.

16 lady Gators have qualified for the NCAA Championships! Which leads across all other schools! #GoGators pic.twitter.com/T3dT7IfdVm

If the fire emoji was a photo.

Ann Curtis, Class of 1948, was born March 6, 1926. She was the greatest woman swimmer of her generation & @Cal's first Olympic Swimming Champion. Curtis won 2 Gold Medals & a Silver at the 1948 London Olympics, when there were only 5 women's events & swimmers could only enter 3. pic.twitter.com/uPLubOs82K

Your history lesson for the week.

Did nobody want Chad’s autograph???

Fun fact re. #4: Ann Curtis had a swim club that is now owned by two other Cal Swimming Alums…Nathan Adrian and Will Copeland!

I have been seeing more and more photos of Sarah and Chad together….

I know they are both arena swimmers but still…

That kid would be doing dolphin kicks during childbirth

She has declared her love for the gentleman in her Valentine Day post .

I only look at instas if they are on SWSw & hey Taylor , that brown ribbed singlet dress looks fantastic. And yes ,more action on plastics.