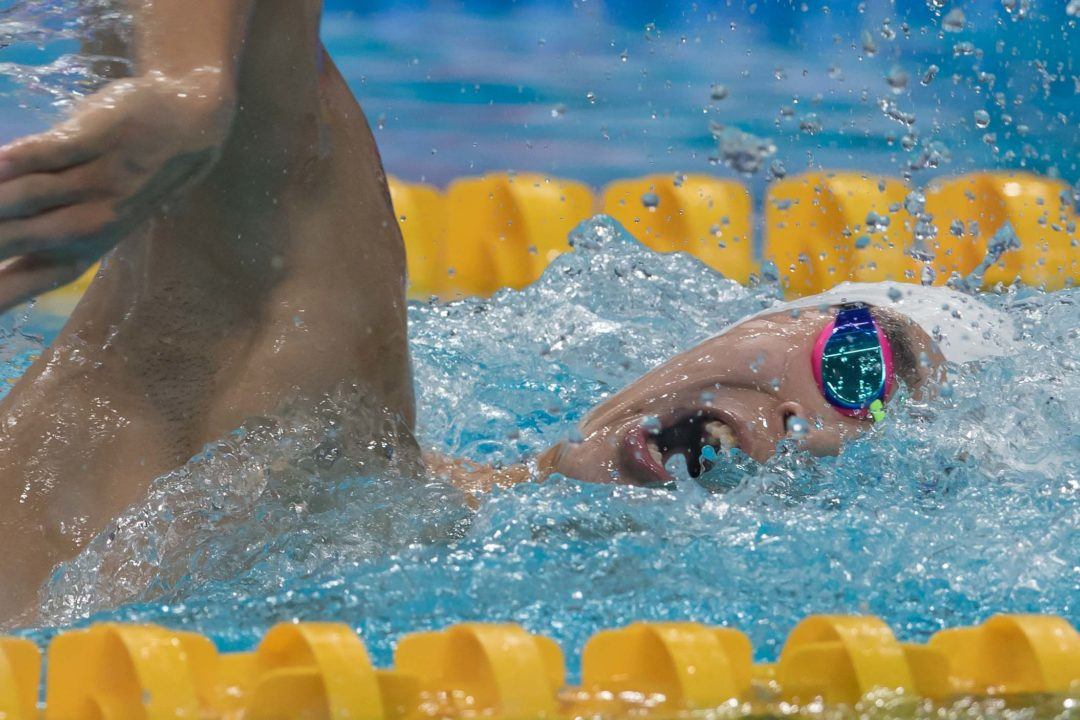 Mack Horton of Australia and Sun Yang of China have a history of tension, with a possible situation defused today in Gwangju during warm-ups. Archive photo via Mike Lewis/Ola Vista Photography

With the pool swimming competition of the 2019 FINA World Aquatics Championships kicking off in a matter of days, nerves and tension are building as swimmers prepare to vie for medals and records at the biggest meet outside of an Olympic Games.

Tension already existed between two heavy-hitting swimmers in the form of Aussie Mack Horton Chinese superstar Sun Yang, stemming from back-and-forth banter back at the 2016 Olympic Games. While competing in Rio, Sun Yang had splashed Horton while in the warm-up pool, with Horton telling the media, “He splashed me to say hi and I ignored him because I don’t have time for drug cheats.”

At the time, Sun responded by accusing Horton of playing mind games to destabilize him. “I don’t think I need to explain myself any further. I have done what it takes to prove I’m clean … all athletes should be shown respect. On the competition stage, every athlete deserves to be respected and there’s no need to use these sorts of cheap tricks to affect each other.”

Note: Sun is, however, facing a CAS hearing September.

Flash forward to today in Gwangju, Korea, and the pair were intentionally given a wide berth during a warm-up session. Per The South China Morning Post, Sun and Horton were slated to warm-up right next to one another in lanes 3 and 4 in the practice pool before Sun’s Aussie Coach Denis Cotterell moved the Chinese swimmer to lane 5.

Sun reportedly returned to lane 4 after the Aussie swim team left the pool.

Horton and Sun have traded wins over recent years, with Horton taking the 400m free gold in Rio, but Sun gained the World title in 2017 in Budapest. In fact, Sun is seeking his 4th straight 400m free World title.

Such a shame Cotterell is still willingly associating himself so closely with Sun.

I agree but money pays the bills!

CAS in September?
I wonder how may “retro-awarded” medals will come out of that action?

“He splashed him.” Swim fights are so cute

I got wet in the pool because of him..

We also have finger wagging and shadow boxing.

Makes you miss Amy Van Dyken and her hawking loogies into her competitors’ lanes.

You should watch some open water races … i think guys like Sun or Horton would be eaten alive if they would ever compete in open water swimming.
I think Hosszu could beat both of those guys up if she wanted …