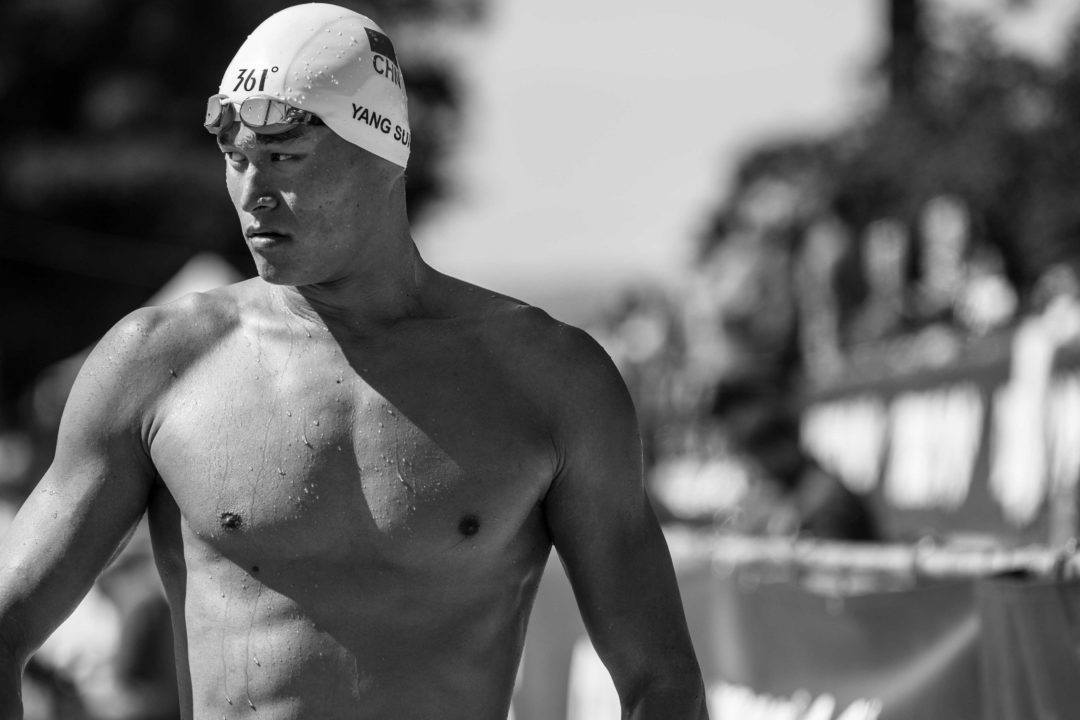 The swimming competition at the 2016 Olympic Games in Rio kicks off on Saturday, August 6th with one of the events being that of the men’s 400m freestyle. Two key competitors in that race are already feeling the tension and emotions, as a small spat reportedly broke out in the Rio warm-up pool today.

Says Jackson, “Sun Yang was trying to get his attention but he stayed calm. Mack is very relaxed and has settled in very well. He’s trained very strongly and we want to make sure the world sees the best of Mack on the night.” (Sidney Morning Herald)

As for the 20-year-old Horton, the Aussie National Champion is no stranger to distraction. His 2015 World Championship campaign was disrupted in Kazan when the distance ace came down with a parasite, rendering him out of the men’s 1500m and 400m freestyle finals.

In May of this year, Horton was also involved in a car accident while four wheeling with some friends. His car hit an embankment and flipped, but the Melbourne Vicentre athlete escaped with just hairline fractures to his nose and cheekbone.

Chinese superstar Sun Yang, though, has also had a tumultuous past few years, although perhaps on a more serious level. The 24-year-old double World Champion was also involved in a car accident, where a Porsche Cayenne he was driving was brushed by a bus back in 2013. The situation was worsened by the fact Sun Yang was driving without a license.

In 2014, Sun tested positive for the specified stimulant at the Chinese National Championships and was quietly given a three-month suspension that was expired in time for him to compete and win gold in the 400 and 1500 meter individual freestyles, and the 400 free relay at the Asian Games in late September.

Then, in a case more aligned with the specific situation with Mack Horton, Sun Yang was involved in a physical altercation with Brazilian swimmer Larissa Oliveira while warming up at the World Championships last year.  The Brazilian coaching staff reported seeing Sun trying to kick and elbow Oliveira after a collision in the warm-up pool during prelims.

FINA Executive Director, Cornel Marculescu ultimately stated that the incident between Sun and Oliveira was “due to over congestion and a misunderstanding in the warm up pool” and the situation did not warrant further action.”

So this is a fake news.

Yang should have been suspended after he altercation with the female Brazilian athlete. That behaviour shouldn’t be acceptable at the Olympics.

In the final analysis,it’s a matter of honesty.Horton won the gold,but I look down upon him!

mackhorton didn’t have even the most basic qualities .he is a loser not sunyang

I don’t think the news is true, use peace of mind yo treat it