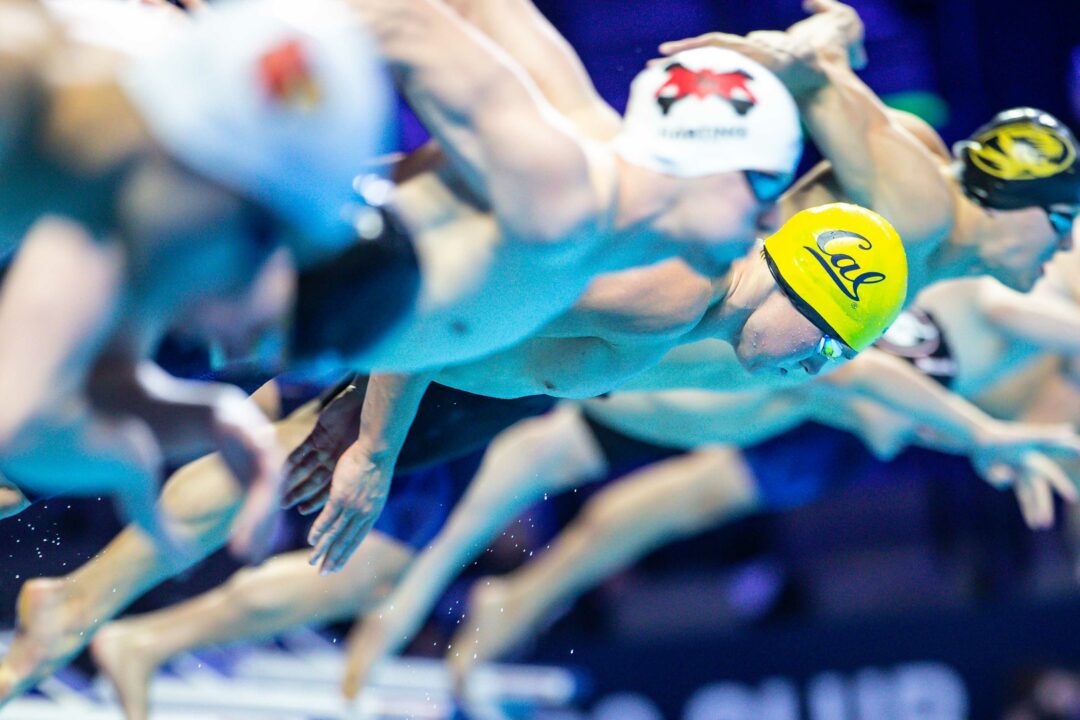 At the Olympic Trials, Julian had his top finish in the 100 fly, where he tied for 4th. He also placed 5th in the final of the 200 fly, and 8th in the final of the 200 IM. In the 200 free, he made the semifinal, where he finished 13th, not advancing to the final. Perhaps the most interesting race for Julian this week is the 400 free, which he scratched at Trials to focus on other events.

USC’s Isabelle Odgers is the top seed in the women’s 200 breast (2:27.67). Odgers had a lot of momentum heading into U.S. Trials after posting lifetime bests this spring. She didn’t disappoint, qualifying for the semifinal of the women’s 200 breast. Odgers will also be racing the women’s 200 IM, 100 breast, 100 fly, and 400 IM, and is seeded to make the final in each race.

Fellow USC star Kaitlyn Dobler is racing this week, albeit with a much lighter schedule. Dobler is the top seed in the women’s 100 breast (1:06.29), holding the top seed by almost 2 seconds. Dobler’s 1:06.29 came in the final at Olympic Trials, where she finished 6th in an incredibly competitive final. To give you an idea, despite finishing 5th at U.S. Trials, Dobler is still ranked 16th in the world this year, and that’s after the Olympics have concluded. Dobler is also set to race the 50 free, where her 25.68 has her seeded 3rd.

Virginia Tech’s AJ Pouch(competing for Team Rebel Aquatics) is the top seed in both the men’s breaststroke events. Pouch was on fire at the Olympic Trials Wave II, finishing 5th in the 200 breast with his lifetime best of 2:10.35, He did suffer an unlucky draw in the 100 breast semifinals, however, finishing 9th, just 0.13 seconds outside of qualifying for the final. Pouch has a best time of 1:00.36 in the 100 breast, so we’ll see if he manages to break the 1:00 barrier this week in a less crowded field.

Anyone know if they are streaming the meet?

SwimSwam please let us know if you can. I can’t find a link anywhere on the USA swimming website, are they allude to the intention of doing a live stream of the east and west events. Thank you!

Usually Irvine will stream it, just go to youtube.

I hope Trenton does well. Seems like a good guy. Does anyone know if both of the meets will be streamed on USA Swimming’s website? The website and meet packet don’t have any info on this…

Does anyone know if there is a combined team score from both sites? Also excited to see which collegians kept going after trials.

Interesting to see if Kozan will rebound after bad olympic trials.
2.10 at 14 in the women’s 200 back. Very fast. O’Dell is in good company in that all-time top 10. A lot of olympians. Let’s see if she can break 2.10 in her home pool.

O’Dell came from Chino Hills where housing is cheaper than Irvine. Not certain if her parents stay in Chino Hills or moved to Irvine since the Catholic school Santa Margarita mention about her going to school there when she is a freshman.

I hope it’s not the new norm to see a national meet split into two locations.
Already the same with US SCY junior nationals for a few years and again next December.

I believe they split the SCY version of Junior Nationals because it was becoming too crowded, and the time standards kept getting closer and closer to the SC National time standards. In a 3.5 day meet, 1000+ swimmers can feel pretty miserable when warming-up, and prelims sessions were becoming very long. Plus, splitting the meet made travel a little easier. When the meet was held in Federal Way or in Greensboro, it was pretty tough for swimmers on the West Coast/East Coast to travel to the other side of the country – not to mention these are 18U swimmers, and for most, it’s not reasonable to take a week off of school for a swim meet.