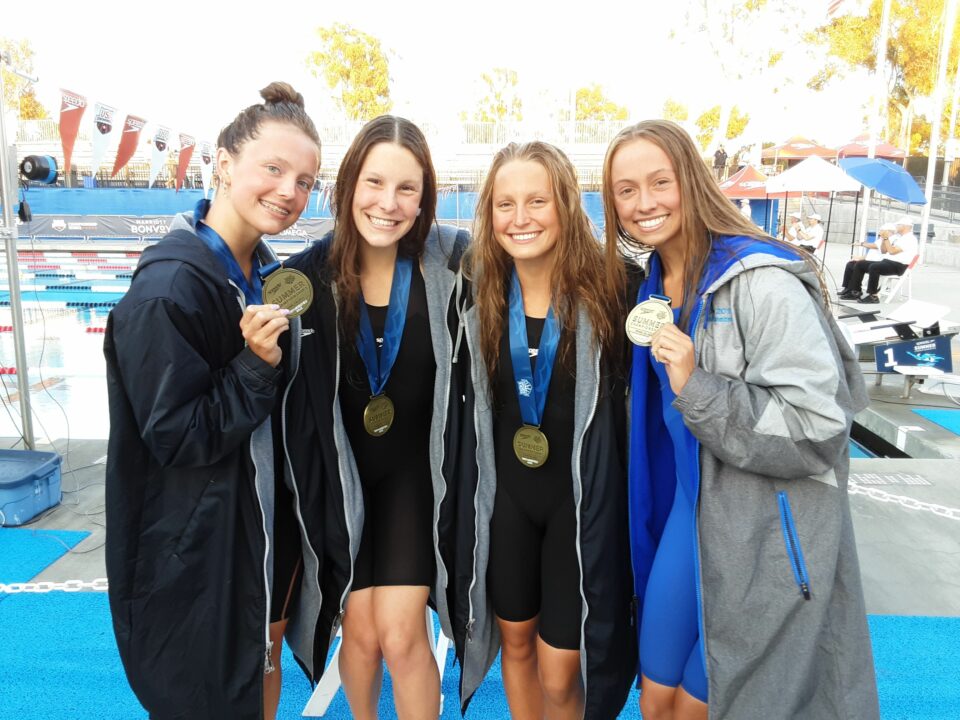 Elmbrook's time of 4:06.93 blew away the previous NAG of 4:08.39, which was held by the Fort Collins Area Swim Team. Stock photo via Anne Lepesant

Tonight, Elmbrook’s time of 4:06.93 blew away the previous NAG of 4:08.39, which was held by the Fort Collins Area Swim Team squad of Bayley Stewart, Zoe Bartel, Coleen Gillilan, and Kylee Alons from 2016.

Here are Elmbrook’s splits from tonight:

Here is a comparison between Elmbrook’s relay tonight, and Fort Collins’ relay from 2016:

Here is a comparison between Elmbrook’s splits from tonight versus each swimmer’s flat-start personal best:

When looking at the splits compared to each swimmer’s best time, Abby Wanezek really showed up for this relay, splitting 1.26 seconds faster than her flat-start best. Notably, the relay team’s flat-start personal bests add up to 4:06.08, faster than they actually swam in the relay tonight by 0.85 seconds.